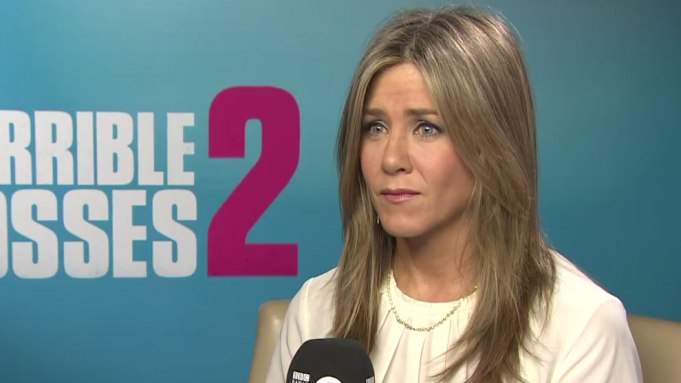 Stark’s colleague, Radio 1 DJ Scott Mills, convinced Aniston to play a prank on the interviewer by making the sit-down as uncomfortable as possible. What begins as a normal interview devolves into pure awkwardness when Stark asks Aniston about the forwardness of her character, and how the former “Friends” star makes the first move in her own life.

Stark made headlines last year for his unconventional conversation with Mila Kunis in advance of “Oz the Great and Powerful,” which he was reportedly sent to with ten minutes notice and no preparation. You can watch that offbeat interview below.