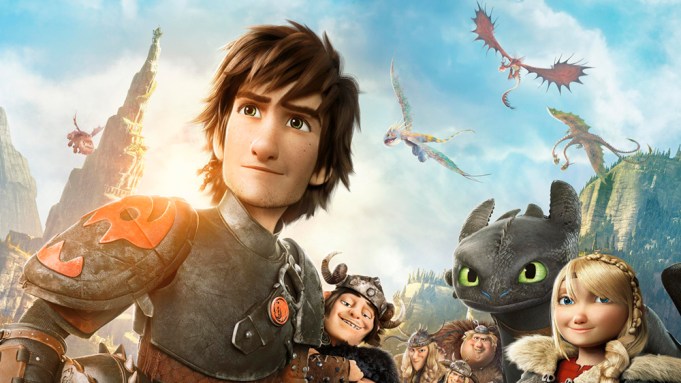 With “How to Train Your Dragon 2” out in theaters, DreamWorks Animation has launched Morpho Pods, a new toy based game property that gets the toon studio into the same play space that Activision launched with “Skylanders” and Disney has followed with “Disney Infinity.”

To play with the Morpho Pods, kids use small palm-sized capsules that spring open into a head, body or tail of a dragon that interlock to create full dragon figures. There are six different dragons to choose from and build or combine.

When dragons are created, the figures unlock creatures and exclusives within the “School of Dragons” online role-playing game, developed by JumpStart, that comes preloaded on the nabi DreamTab. Within the game, players can explore territories, go on quests and train their dragons and strengthen their skills to become the ultimate dragon trainer.

“School of Dragons” has over 8 million players across multiple platforms, DWA said.

Whereas “Skylanders” and “Disney Infinity” use physical figures with videogames that are played through consoles from Sony’s PlayStation and Microsoft’s Xbox divisions, kids can only use the Morpho Pods with DreamWorks’ nabi DreamTab made by Fuhu — a venture it first announced at the Consumer Electronics Show in Las Vegas in January.

To pair up the physical chracters with the game, Morpho Pods uses NFC (near field communication) that activates digital experiences on the mobile device. Later this summer, DWA will unlock original stories that enable Morpho Pod creations to interact with “How to Train Your Dragon’s” Toothless, Stormfly, Belch and Barf, Hookfang and Meatlug.

Through the technology, the nabi DreamTab essentially becomes a new platform through which DWA can tell distribute original stories based on its film and TV franchises.

The pods are meant to provide the ability to play with the figures on or offline, with each piece able to be connected to create custom dragon designs.

DWA said there are 125 possible dragon combinations when pods are mixed and matched. The “Dragons” edition of the Morpho Pods are launching exclusively through Walmart stores this month, with each pod selling for $7.99, with other figures expected to follow based on other DreamWorks Animation properties.

“Morpho Pods bring kids and parents new rich experiences that are fun, engaging and valuable,” said Jim Mitchell, CEO of Fuhu. “For the first time, kids can play high definition video games, create their own stories, personalize their tablet experience with How To Train Your Dragon characters, all on their tablet with the Morpho Pods, while being able to customize their own dragons in real life, extending the traditional play value of NFC figurine toys.”