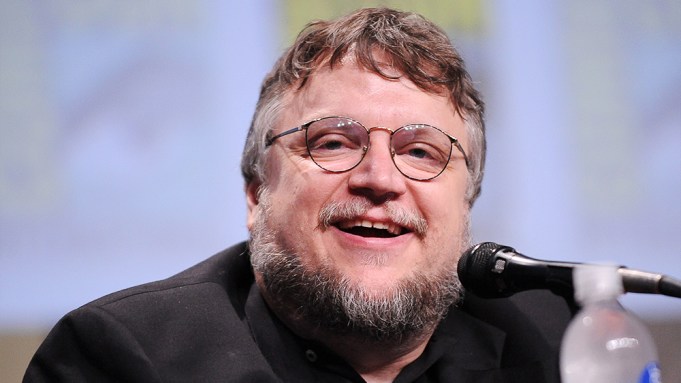 Legendary Entertainment’s relationship with YouTube is about to get scary.

The companies have collaborated on “YouTube Space House of Horrors: A Legendary Halloween” for which Guillermo del Toro will advise YouTubers as they create short horror films before selecting a winner who will receive a development deal with Legendary.

Starting Sept. 22, individuals with channels on YouTube will get the chance to use one of the the company’s YouTube Spaces to produce a horror short they’ve written.

Each location will provide sets inspired by Del Toro’s films, including a great room from an old manor house lined with walls of books; a sinister staircase and Gothic windows that lead out to a haunted garden; a room filled with exotic and occult artifacts from around the world; an abandoned solarium cluttered with over-grown plants, birdcages and weathered tools; and a claustrophobic attic with foreboding art, dusty mirrors and a hidden trap door. All of the sets are designed to be connected and make up the rooms of one house.

YouTube Spaces currently exist in Los Angeles, London and Tokyo, with a location in New York City about to open in November. The Halloween event will still utilize that space, and give creators a sneak peek at the production facility.

Individuals with channels on YouTube that have at least 10,000 subscribers, and are part of the YouTube Partner Program, get to film in the production facilities and use its cameras and editing equipment for free. Over 3,000 videos have been produced at the L.A. space alone from around 500 channels.

For the Halloween contest, DelToro will select the scariest videos to come out of each region and provide a personal rough-cut creative consultation with the creators.

YouTubers have until Oct. 27 to produce their films.

Legendary and YouTube said the contest is meant to seek out a brave new voice of horror, while being part of YouTube Spaces’ programming initiative that rallies content creators around cultural events.

By partnering with a global platform like YouTube, the contest also will help to start promoting DelToro’s return to the horror genre with “Crimson Peak” that Legendary will release Oct. 16, 2015 through Universal. DelToro presented the first footage from the film, that stars Tom Hiddleston, Charlie Hunnam, Jessica Chastain and Mia Wasikowska, at San Diego Comic-Con in July.

“This is about reestablishing Guillermo del Toro as the definitive master of the horror genre he helped define,” Castel said.

“I think it is important to find new voices in the genre,” Del Toro said. “Horror is such a unique way to express yourself at the most revealing, intimate levels — it can come from anywhere: domestic stories, historical research, the world news — it surrounds us and speaks through us. This is a great channel to see reveal fresh perspectives. Legendary’s Halloween and YouTube are perfect homes for them.”

Once produced, the shorts will stream on each creator’s YouTube channels, the YouTube Spaces channel, as well as Legendary’s YouTube channel and be promoted on social media platforms when the videos become available between Oct. 21 and Halloween.

The winning creator will work with Legendary to develop the short into a digital series or feature-length film.

Legendary previously collaborated with YouTube Spaces to promote “Godzilla,” with a select group of 29 YouTube channels selected to produce shorts with props from the film.

The “Godzilla” shorts wound up generating over 25 million minutes of views, prompting the companies to consider opportunities to work with more YouTube talent.

“We were astounded on the success of that and how the talent at YouTube responded to it,” Castel said.

Since the “Godzilla” promotion, YouTube has been approached by other studios and TV networks looking to promote their projects, including Lucasfilm with the “Star Wars” franchise.

“We wanted to do something that let creators be more ambitious with their content,” said Liam Collins, head of YouTube Space LA, of studio partnerships like the one with Legendary. “Access to great intellectual property that Guillermo has developed over time is something you can’t buy. The fact that Legendary is making it available is really exciting.”