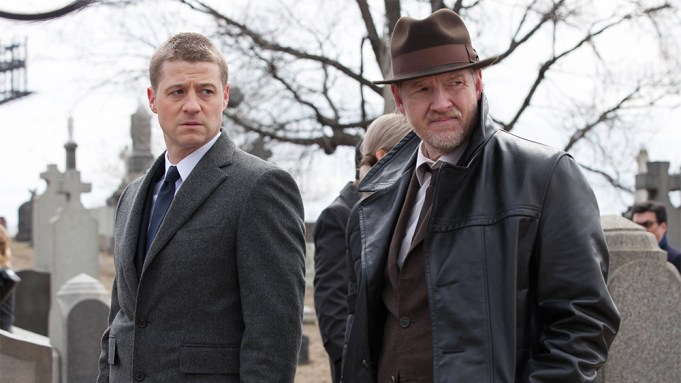 The pact is unusual not only because the series has yet to air an episode but because WB is granting Netflix multi-territory rights as opposed to the typical country-by-country dealmaking.

“In this era of new business models and expanding windows, this is an unprecedented deal for our company and our industry,” said Jeffrey R. Schlesinger, president, Warner Bros. Worldwide Television Distribution, in a statement.

As per usual SVOD rights deals, Netflix would get the rights to air the first season of “Gotham” around the same time Fox would be premiering the second season (should there be one).

Netflix has proved it’s willing to take risks for what it perceives to be top-shelf content, as evidenced by the streaming service’s deal just last week with Sony Pictures Television for rights to the NBC drama “Blacklist,” which emerged as a hit during its first season.

Netflix ponied up a reported $2 million per episode to Sony for “Blacklist,” a sum sources say is is in the neighborhood of what each “Gotham” episode fetched. But while “Blacklist” was strictly a domestic deal, the global nature of the “Gotham” deal makes this a far more lucrative payout.

Driving up the value of the series, according to sources, was interest from Netflix rivals Hulu and Amazon. Their presence at the negotiation table could mean there are still more primetime shows that could land similar deals.

WBWTD, however, still retains the rights to sell SVOD rights in territories where Netflix has yet to venture. The deal will cover the latest European countries the streaming service indicated it would enter earlier this year, including France and Germany.

The deal underscores how attitudes among broadcast nets and studios toward SVOD exposure for their shows are changing and high-end shows are hitting the market much earlier in their first-run cycle. Beginning in 2011, WBWTD had deals with several networks including Fox that bakes into all of its initial licensing deals the ability to sell a season of a show into SVOD once the previous season of a show has completed its on-air run.

As with “Blacklist,” the SVOD deal doesn’t prevent “Gotham” from striking additional deals with the typical syndication players in cable and local stations. However, a serialized series like “Gotham” may find its options very limited outside of SVOD, which is conducive to that style of storytelling.

For broadcast nets and studios alike, the hope is that making a previous season of a series available on SVOD ahead of a subsequent season provides uninitiated viewers with the kind of catch-up opportunity that can translate to a ratings bump for fresh episodes back on linear TV.

“‘Gotham’ is the most anticipated new series of the fall season and we are thrilled to offer it to our members around the world,” said Ted Sarandos, chief content officer at Netflix, in a statement. “The Batman origin story is sure to have massive global appeal so it is fitting that, along with Warner Television, we have created a new model for distributing a show that international and domestic audiences will love.”

“Gotham,” which premieres on Fox on Sept. 22, explores the untold origin stories of many of the characters that populate the Batman franchise while the Caped Crusader is still a child. Stars include Ben McKenzie, Donal Logue and Jada Pinkett Smith.

Available to 50 million subscribers across 40 countries, Netflix will make the first season of “Gotham” available at the time its second season begins in each territory–though Fox has yet to commit to a second season.