Even Disney Is Surprised by the Success of ‘Disney Infinity’ 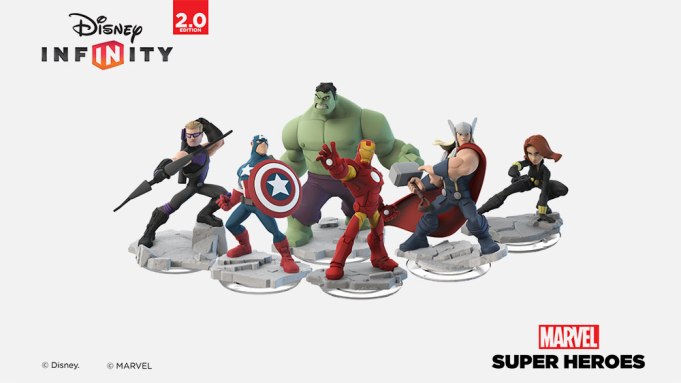 After struggling for years to launch a major video game franchise, Disney Interactive has a big hit with “Disney Infinity,” which requires physical figures based on the company’s popular characters in order to play.

Disney is now ready for the next installment, “Disney Infinity: Marvel Super Heroes,” which will offer up super heroes from Marvel’s movies and books for the first time, including the Guardians of the Galaxy, starting Sept. 23. The characters are being shown off at San Diego’s Comic-Con this week.

Of course, Disney was confident it would score with “Infinity.” It wouldn’t have invested considerable coin to produce the property if it hadn’t. It also had the success of Activision’s “Skylanders” franchise for support.

But after generating more than $500 million from the sale of more than 3 million starter packs, priced at $75, since “Infinity’s” launch nearly a year ago, Disney Interactive has had time to reflect on what’s made the game popular and with whom. The results have proved surprising even for its own executives.

“We thought it would do well, but no one expected it to do as well as it has,” said John Vignocchi, executive producer of “Disney Infinity” from Comic-Con.

— 45% of “Infinity’s” players are female, higher than the 30% Disney had initially anticipated. For “Skylanders,” that number is closer to 20%.

— Just as many teens and so-called “midnight moms,” parents who play the game after their kids go to sleep, are actively playing “Infinity” as Disney’s target audience of 6-12-year-olds.

— There’s a large percentage of people who buy the characters to collect.

— Boys aren’t showing signs of veering way from the girl characters in the game. In fact, “The Incredibles'” Violet and Mrs. Incredible have provided popular because of their super hero powers. Disney expects “The Avengers'” Black Widow to have the same appeal.

“At first we were told we have to be careful with Rapunzel joining all of the male characters, but we’ve made the female characters so powerful,” Vignocchi said. “Boys don’t mind playing with girl characters.”

— To date, Sorcerer Mickey Mouse (from “Fantasia”), “Frozen’s” Anna and Elsa, and “The Incredibles'” Dash have been the biggest sellers, while Spider-Man’s villain Venom is seeing a significant boost this year. The enhance powers of the characters have helped boost sales.

Even Venom’s popularity caught Disney off guard, given that he’s not currently featured in Sony’s Spider-Man franchise.

But sales are being credited to the design of the character and his abilities in the game.

“We hulked him out a bit,” Vignoccchi said. In fact, the character is the only one that comes close to the Incredible Hulk in the game (designers wanted another brute to offer) and when fully powered up, stands on equal footing with the green beast.

To build “Infinity’s” fanbase, Disney questioned whether to create spinoffs of existing characters in the form of new paint jobs, for example, but went with the decision to add new characters, instead.

That enabled Disney to create new installments like “Marvel Super Heroes” and add the company’s vast library of hereos and villains in unique ways like mini games that continue plots from the films or comicbooks.

“This has become the ultimate transmedia platform,” Vignocchi said.

At the same time, it’s able to create power discs based on characters not currently in the game like Ghost Rider’s fiery whips or vehicles.

While Disney has considered creating an animated TV series based on the art style of “Infinity,” discussions haven’t led to any formal decisions, as of yet, Vignocchi said. “It would be great, though,” he said.

Either way, the results so far bode well for Disney in a relatively new game category that saw sales surge 80% last year.

“This has become a four quadrant property,” Vignocchi said. “Our audience is much bigger than we ever thought it would be.”