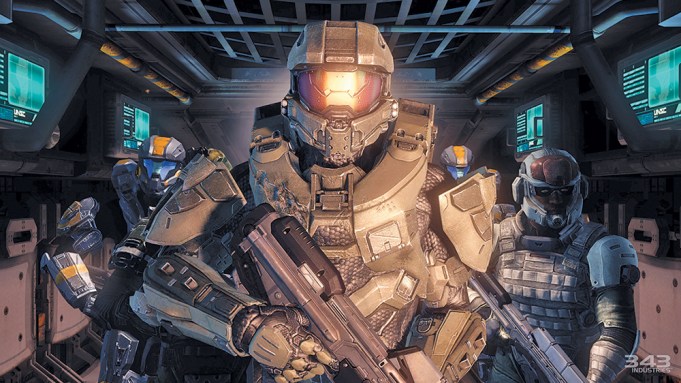 With the second game in Microsoft’s hit “Halo” franchise celebrating its 10th anniversary this year, Xbox will release the four games in the series as “Halo: The Master Chief Collection” this fall visually updated specifically for the Xbox One.

The move is meant to “reintroduce the franchise to new fans,” said Bonnie Ross, head of 343 Studios, which updated the Xbox titles to play on the new videogame console that Microsoft launched last year. A fifth “Halo” will be released in 2015 by 343.

All of the games will fit on one disc, Microsoft said.

The games, as well as more than 100 existing and six new multiplayer maps, have been updated to play at 60 frames per second on dedicated servers on the Xbox One.

Microsoft has a reason to want to update the series. Not only is it the company’s biggest home-grown franchise, Xbox has big plans for the sci-fier, including web series and TV shows on top of new sequels. “Halo” is exclusive to the Xbox platform.

SEE ALSO: Showtime Near Deal to Partner with Xbox Studios on ‘Halo’ Series

The first live action series, “Halo: Nightfall,” produced by Ridley Scott, will be packaged with “The Master Chief Collection,” on Nov. 11.

Steven Spielberg is also producing a separate series that will launch as an original series exclusively on devices that support Xbox Live, and play on Showtime, as well.

Plans to update “Halo” for the new Xbox One console, was announced during Xbox’s media event Monday at the Galen Center. The company has traditionally kicked off a series of videogame industry press events on the eve of the Electronic Entertainment Expo (E3), taking starting Tuesday and running through Thursday at the Los Angeles Convention Center.