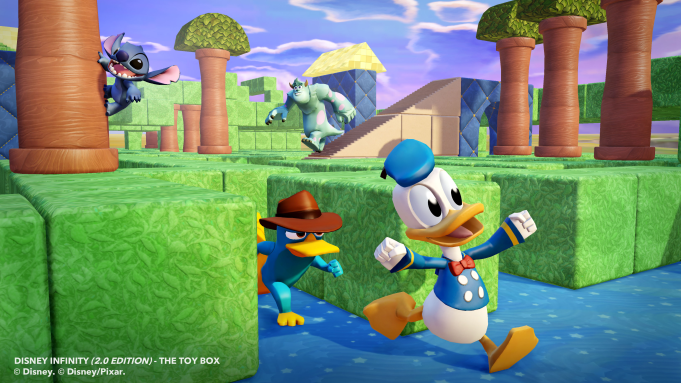 Mickey Mouse’s friends are joining him in “Disney Infinity.”

Donald Duck will become a playable character in the game after the latest installment launches Sept 23.

He becomes the second of Disney’s fab five (after Sorcerer’s Apprentice Mickey) to be added to the Toy Box mode of “Disney Infinity,” and will come complete with his catchphrases, temper and turn into a feathered fury and sweep up enemies with a broom.

A new “All for One” power disc will also enable Donald to change into a Three Musketeers costume.

Sorcerer’s Apprentice Mickey, modeled after the character in “Fantasia,” became available in January, and is one of the most powerful — and top selling — characters in the game.

Disney Interactive has yet to announce when Minnie Mouse, Daisy Duck and Goofy will join Mickey and Donald in the game.

But the addition of more of Disney’s more classic characters — which had been off limits until Sorcerer’s Apprentice Mickey — should help put more of a spotlight on the game as it goes head to head with new versions of Activision Blizzard’s “Skylanders.”

Not that it’s lacking in new characters: “Brave’s” Merida, Maleficent, Stitch, Tinker Bell, Aladdin and Princess Jasmine will also join the game, along with Marvel’s superheroes, including the Guardians of the Galaxy.