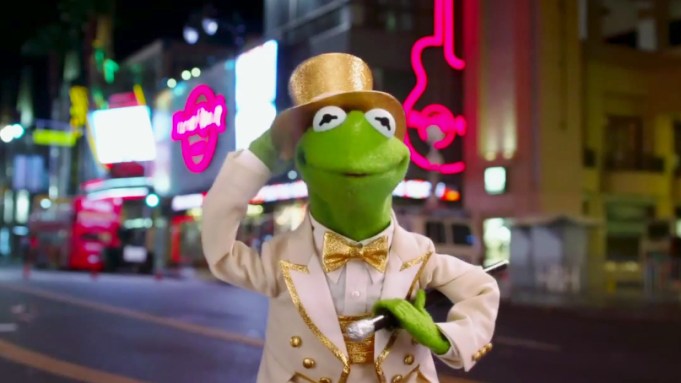 Disney is launching a new digital series starring the Muppets to promote this month’s release of “The Muppets Most Wanted” on all homevideo formats.

The six-part series called “Disney Drive-On with the Muppets,” launches Aug. 1, with new installments introduced each Friday that include the characters interacting with celebrities on the Burbank studio lot. Watch the trailer above and a clip below.

The series, however, will be available only through the app Disney Movies Anywhere for a limited time and not on Blu-ray or DVD copies of “Muppets Most Wanted.” The app is only available for Apple devices.

In “Drive-On,” Pepe the King Prawn is left in charge of the Muppets’ office and takes on the responsibility of “mentoring” Walter on the business of Hollywood. Still considered the “new guy” with the Muppets, Walter is given low-level jobs working alongside his fellow Muppets at their office in the famed Walt Disney Studios in Burbank. He quickly learns there is a lot more to making movies than he thought.

Disney will release “Muppets Most Wanted” on Blu-ray and DVD on Aug. 12.