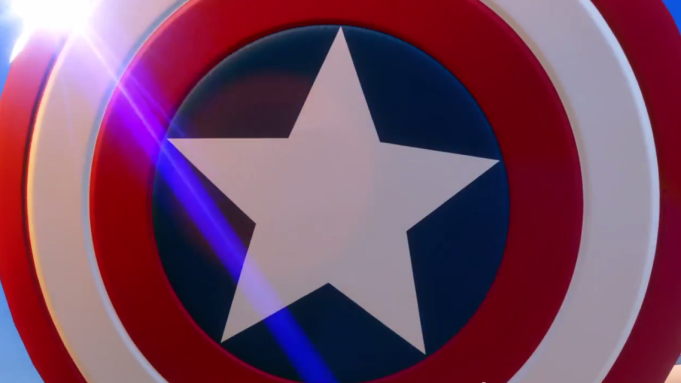 It was only a matter of time before Disney added Marvel’s superheroes to its “Disney Infinity” game, which involves collectible physical figures to play.

Now Disney Interactive has provided a tease of what the characters will look like in the game: Captain America’s star-spangled shield is shown flying through the “Disney Infinity” world, flying past Captain Jack Sparrow, Mr. Incredible, Sully and Buzz Lightyear.

Disney sees “Disney Infinity” as a core platform through which it can boost the appeal of its characters with kids and prominently feature them together in ways that a film or TV show can’t allow. Property already features characters from the Mouse House’s “Pirates of the Caribbean,” “The Incredibles,” “Monsters University,” “Cars” and “Toy Story” franchises.

Disney recently added characters from “Phineas and Ferb” to the game via a new toy box pack — part of a third wave of Power Discs that became available April 1 (see below).