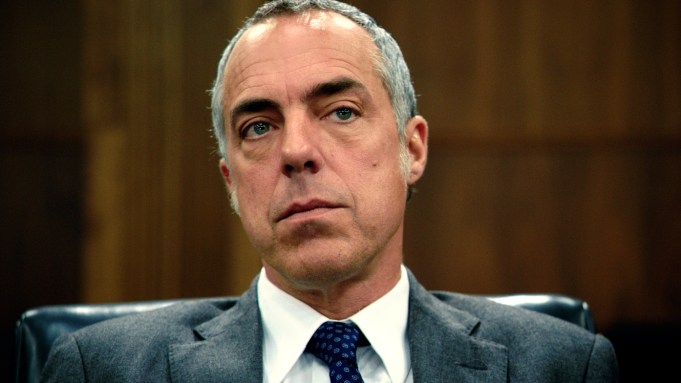 Amazon Studios has released the first trailer for “Bosch,” its forthcoming original series based on Michael Connelly’s best-selling books about an LAPD homicide detective.

In the series, Hollywood detective Harry Bosch works to solve the murder of a 13-year-old boy while standing trial in federal court for the murder of a serial killer. “Bosch” stars Titus Welliver (“Argo,” “Transformers: Age of Extinction,” “The Town”) as the title character, along with Annie Wersching (“Extant,” “The Last of Us”) and Jamie Hector (“The Wire,” “Heroes,” “Max Payne”).

The series is co-written by Connelly and Eric Overmyer (“The Wire”). Henrik Bastin and Fabrik Entertainment (“The Killing”) are producing.

Amazon Studios has not set a release date for “Bosch,” but the original drama is expected to debut in early 2015 exclusively on the Prime Instant Video service.