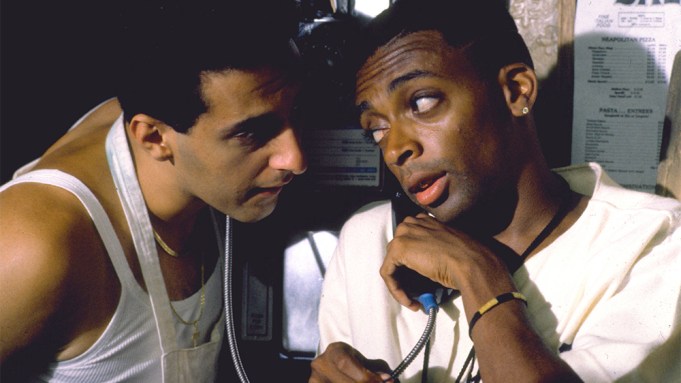 After producing a popular short film featuring soccer stars and other celebrities timed with the World Cup, Beats Music is flexing its marketing muscle in yet another interesting way, this time with a documentary around the 25th anniversary of Spike Lee’s “Do the Right Thing.”

The 22-minute film, “Do the Right Thing 25 Year Anniversary: A Beats Music Experience,” released through Beats Music’s YouTube page and other online outlets, takes a look at the Bedford-Stuyvesant neighborhood in Brooklyn that was featured in the 1989 movie and how it looks now. In the documentary, Lee revisits locations with cast member Danny Aiello and production designer Wynn Thomas.

Naturally, Beats Music also uses the film to promote its brand by showing a block party it threw in the neighborhood to celebrate the theatrical release’s anniversary, complete with guest appearances by Mos Def, Erykah Badu, Dave Chappelle and Wesley Snipes, plus a performance of “Fight the Power” by Public Enemy.

In addition to putting a spotlight on Lee’s seminal film, Beats Music’s documentary also suggests the Apple-owned company will continue to find ways to expand its brand beyond just making colorful headphones and a streaming music service.

It now obviously wants to be considered much more than that: a lifestyle brand that taps into pop culture the way its more conservative parent once did so well but has stepped aside in recent years, opening the doors for other brands to steal its thunder.