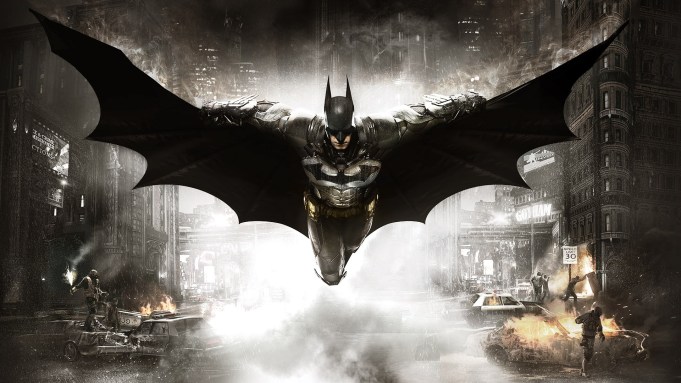 The next installment in Warner Bros.’ successful Batman videogame franchise will be “Batman: Arkham Knight.”

WB Games unveiled a trailer for the new game, to be released later this year, on Sony’s PlayStation blog Tuesday.

“We’re excited to be developing the game for next gen platforms, which has allowed us to bring to life the design elements that we envisioned from the beginning such as the Batmobile and how it augments Batman’s abilities, to the fully detailed and realized Gotham City,” Rocksteady director Sefton Hill said.

The playable world in “Arkham Knight” was designed to be bigger than that in “Arkham City” and will feature iconic Batman baddies Two-Face, the Scarecrow, Penguin and Harley Quinn. Early reaction to the game has fans already clamoring over the chance to drive the Batmobile in the game, previously unavailable in the other titles since it was shown partially built in the Batcave.