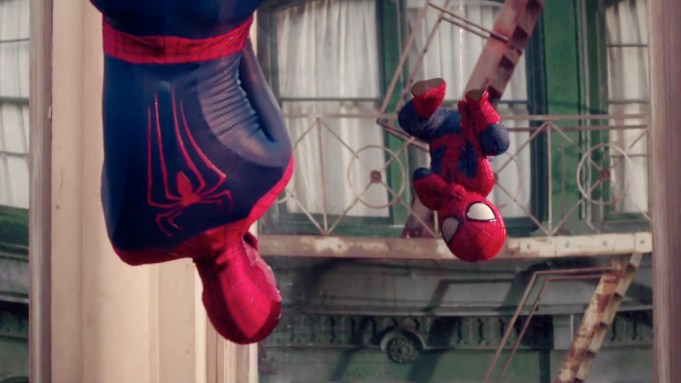 Evian has followed up its wildly successful “Baby & Me” online campaign with one that stars Spider-Man and a miniature version of himself mimicking his every move in the streets of New York City.

The French water brand generated more than 75 million views with its first “Roller Babies” video in 2009, and scored with a sequel, “Baby Inside,” in 2011. But it was last year’s “Baby & Me” video that took off, with over 135 million people watching the short that had people dancing with baby versions of themselves in 2013, making it last year’s most watched ad on YouTube (see below).

Evian is a promotional partner on “The Amazing Spider-Man,” which Sony releases in theaters around the world on April 16, and in the U.S. on May 2.