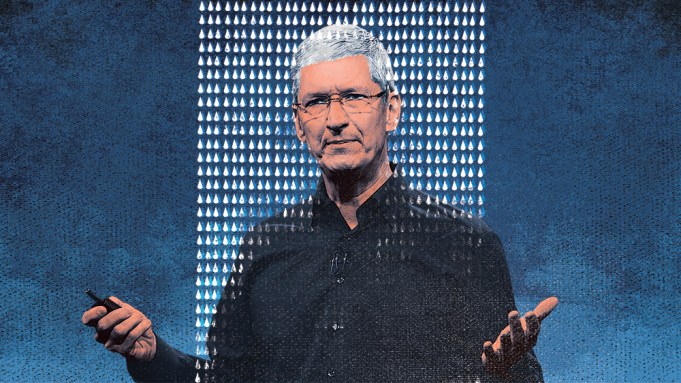 This should be Apple’s time to bask in the media limelight. The tech giant this week unveils a pair of new iPhone models — with bigger screen sizes, along with a wearable device, dubbed the iWatch — the first debut product under company topper Tim Cook.

The launches represent Apple’s biggest rollouts of the year. But a miasma of suspicion has enveloped the company after the disclosure that its cloud-based services were compromised in a high-profile theft of celebrity photos.

Whether consumers will entrust Apple with their personal info is an even more pressing question, because the Cupertino magic factory is expected to introduce a “mobile wallet” payments feature with the next iPhones. The company has struck deals with Visa, MasterCard and American Express that will enable users to pay for items at retailers and for content from iTunes with the swipe of a finger, according to a Bloomberg report.

The pressure is on Apple to prove it can keep customer data safe, said Danielle Levitas, g.m. for mobility and consumer research at IDC. “They have to spend the R&D to make sure they’re properly securing information, especially when it comes to digital wallets,” she noted.

The photo-hacking episode is an embarrassment, but not a long-term black eye for Apple as it competes against the likes of Samsung Electronics and others, industry analysts said.

“Given the quick response, I don’t think any impact will be noticeable in iPhone sales results,” Pacific Crest Securities analyst Andy Hargreaves said. Apple is unique, he added, “in that they’re likely to be proactive about trying to find new ways to make iCloud and the other services that they have more secure, and more protected against our own stupidity.”

In a statement, Apple said that it was outraged by the photo thefts, but denied that its cloud-based services were breached, because the hacks were directed at specific individuals. At the same time, the company changed its log-in procedures to make it harder for password-cracking software to gain access to private accounts and said that in the next two weeks it would start sending email notifications to users if there’s a request to restore iCloud data to a new device.

Privacy advocates said Apple and other digital players must do more to prevent unauthorized access to consumers’ data. “This is not a problem users can solve,” said Marc Rotenberg of lobbying group Electronic Privacy Information Center.

“When people turn personal information over to others — whether stored photos, credit-card information or medical records — it is the business in possession of the information that must take responsibility to protect it.”

Apple certainly needs to do everything in its power to ensure a large-scale hack doesn’t occur again. But the reality is that as a growing amount of info is digitized and stored on the Internet, the chances of that data being nabbed by criminals also increases.

“If people think that going to another platform is safer,” Levitas said, “they’re wrong.”