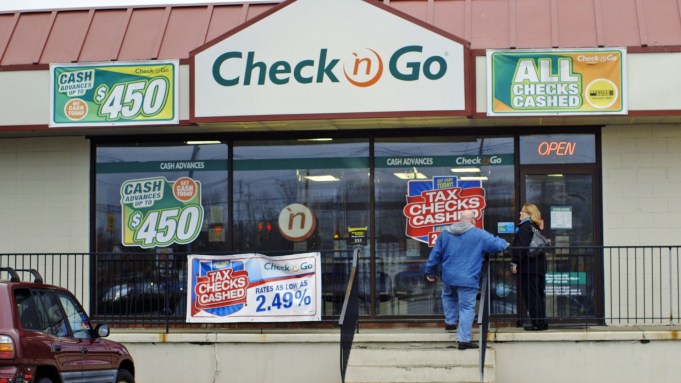 “Spent: Looking for Change,” a documentary sponsored by American Express about consumers struggling outside the traditional financial system, will debut next week on the YouTube and Hulu channels of online news network the Young Turks.

The film, narrated by thesp Tyler Perry, follows four U.S. families who rely on check-cashing services, pawn shops and payday lenders and spend up to 10% of their income in financial fees. The documentary will debut June 4 at 7 p.m. Eastern on the Young Turks channels, as well as American Express’ YouTube channel and at SpentMovie.com.

“Spent: Looking for Change” is exec produced by filmmaker Davis Guggenheim (“Waiting for Superman” and Oscar-winning docu “An Inconvenient Truth”) and directed by Derek Doneen.

“I know about this issue first-hand and how expensive it is to not be a part of the mainstream financial system,” Perry said in a statement. “Growing up the way I did, there was no education about how important it was to be financially responsible. That’s why I felt compelled to participate in this film — to help educate others and advocate for better options.”

American Express said it underwrote the documentary to highlight the plight of consumers who are underserved by the current financial services industry.

The Young Turks, the largest news show on YouTube, attracts more than 38 million views a month and has 1.57 million subscribers.

Perry, best known for his Madea character, is an equity partner in Oprah Winfrey’s OWN cable network, and his primetime soap “The Haves and the Have Nots” has been the network’s highest-rated programming. Perry’s next bigscreen role will be starring opposite Ben Affleck in David Fincher’s “Gone Girl.”