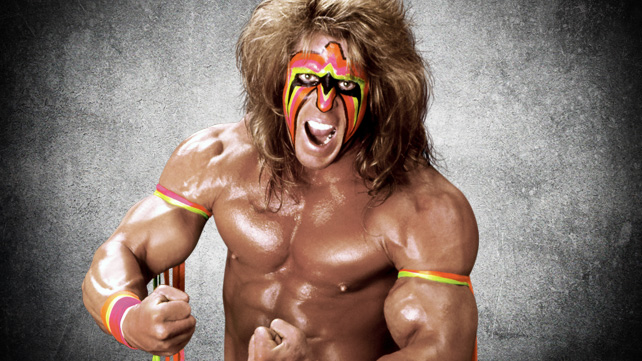 In a shock to WWE fans, James Hellwig, better known as the Ultimate Warrior, died just a day after making a rare return to the ring. He was 54.

Hellwig’s death on Tuesday evening was unexpected, considering he had just appeared on WWE’s “Monday Night Raw” on April 7, and was inducted into the company’s Hall of Fame two days earlier on April 5, in New Orleans. “WrestleMania 30,” during which he also made an appearance, took place April 6, from inside New Orleans’ Mercedes-Benz Superdome. Hellwig legally changed his name to Warrior in 1993.

The cause of Warrior’s death has not yet been disclosed, although Warrior was pronounced dead at an Arizona hospital after collapsing outside a hotel on Tuesday.

Warrior’s final public appearance on TV Monday night (watch above) would prove a chilling farewell as he said, “No WWE talent becomes a legend on their own. Every man’s heart one day beats its final beat, his lungs breathe their final breath … his essence, his spirit will be immortalized by the storytellers, by the loyalty, by the memory of those who honor him and make what the man did live forever,” before thanking the crowd in attendance, his fans.

Saddened to announce the passing of the Ultimate Warrior. Icon and friend. My sympathy to his wife Dana and his daughters

The professional wrestler, who was one of WWE’s biggest icons and left the company when it was still known as WWF three times — in 1991, 1992 and 1996 — had recently signed a three-year contract to be an ambassador for the company. The Warrior character was known for his signature face paint, colorful tassels tied around his arms and boots and penchant for shouting and running into the ring where he wildly shook the top ropes of the wrestling ring.

“WWE is shocked and deeply saddened to learn of the passing of one of the most iconic WWE Superstars ever, the Ultimate Warrior,” the company said in a statement Tuesday night. “Warrior began his WWE career in 1987 and quickly went on to become one of the biggest stars in WWE history. Warrior became WWE Champion at WrestleMania VI, defeating Hulk Hogan in an epic encounter. We are grateful that just days ago, Warrior had the opportunity to take his rightful place in the WWE Hall of Fame and was also able to appear at WrestleMania 30 and Monday Night Raw to address his legions of fans. WWE sends its sincere condolences to Warrior’s family, friends and fans. Warrior was 54 and is survived by his wife Dana and his two daughters.”

During the Hall of Fame ceremony, Warrior thanked WWE chairman Vince McMahon for “giving me the opportunity to use my creativity.”

While Warrior had a reputation for being difficult to work with, former WWE exec Linda McMahon praised his character and work ethic while inducting him at the Hall of Fame.

Warrior also stressed that he “was a good guy. I am a good guy,” during his acceptance speech, and professed his love of the wrestling industry, adding, “There’s not a day that goes by that I don’t think about the business. The work was magic. It’s awesome to be bigger than life, to go out and be a character that people believe in.”