Tom Hiddleston Shows Off Sinister Side at Super Bowl with Jaguar 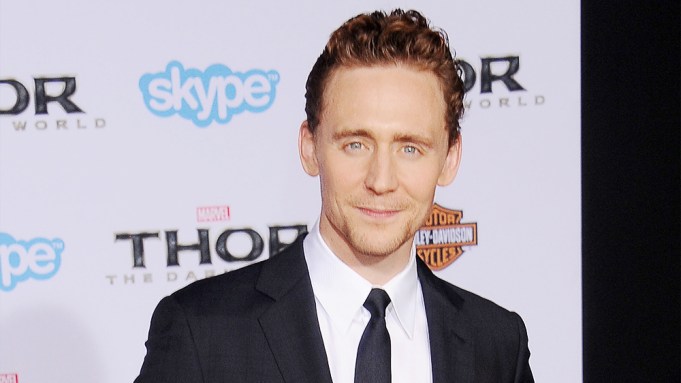 Tom Hiddleston has relished playing the bad guy in Marvel’s “Thor” and “The Avengers.” Now the British thesp gets to show off his villainous side in Jaguar’s Super Bowl spot, part of the automaker’s new ad campaign that features other sinister types Ben Kingsley and Mark Strong.

Jaguar has released a teaser for the 60-second commercial, set to air during the Big Game on Feb. 2.

Jaguar’s “Rendezvous” campaign is meant to celebrate British villains in movies. Effort will promote the carmaker’s F-Type coupe, with a website already launched before the Super Bowl at BritishVillains.com.

Ad shop Spark 44 produced the marketing vehicle for Jaguar, its first Super Bowl campaign, that Tom Hooper directed and Alexandre Desplat scored. Both previously worked together on “The King’s Speech.”

“With the three renowned actors, Sir Ben, Tom and Mark, who have all played memorable film rogues, we have brought together the best of British film to star in a major motion picture caliber campaign that addresses the simple cultural observation that Brits often play the best villains in film,” Jaguar said in a statement. “This talent, coupled with the direction of Academy Award-winner director Tom Hooper, enables us to launch our campaign for the F-Type coupe in a manner that captures the new spirit of the entire brand inspired by our latest sports car.”

A 30-second version of the Super Bowl ad will air on cable networks throughout February.

The hashtag for the campaign is appropriately, #GoodtobeBad