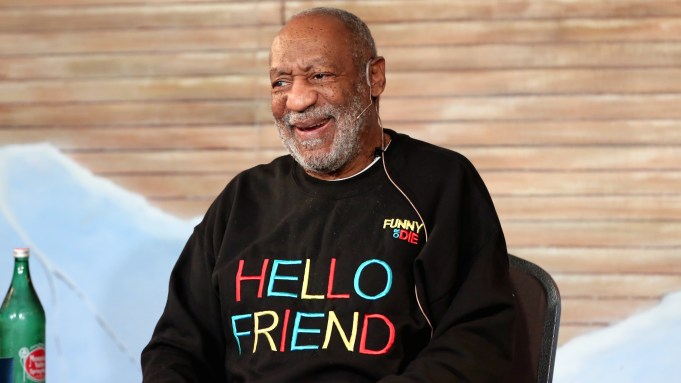 Netflix has decided to postpone its Bill Cosby special as the embattled comedian faces multiple accusations of rape, the latest from former supermodel and TV host Janice Dickinson.

“At this time we are postponing the launch of the new stand up comedy special ‘Bill Cosby 77,'” a Netflix spokesman said on Tuesday.

The hour-long comedy special was set to air Nov. 27 (after originally being scheduled for Nov. 28) in honor of Cosby’s 77th birthday.

Netflix’s announcement came just hours after “Entertainment Tonight” aired an exclusive interview with Dickinson in which she claimed Cosby sexually assaulted her over 30 years ago.

“I’m doing this because it’s the right thing to do, and it happened to me, and this is the true story,” she said.

Cosby’s other accusers include the director of Temple University women’s basketball team and a former publicist.

He recently canceled an appearance on CBS’ “Late Show with David Letterman” after the Washington Post published an op-ed from a woman alleging another assault.

His lawyer issued a statement saying “Mr. Cosby does not intend to dignify these allegations with any comment. He would like to thank all his fans for the outpouring of support and assure them that, at age 77, he is doing his best work.”

The five-time Emmy-winner is still attached to star in an untitled NBC comedy, although that project is looking less likely to move forward.

NBC has refused to comment on the status of the Cosby program.