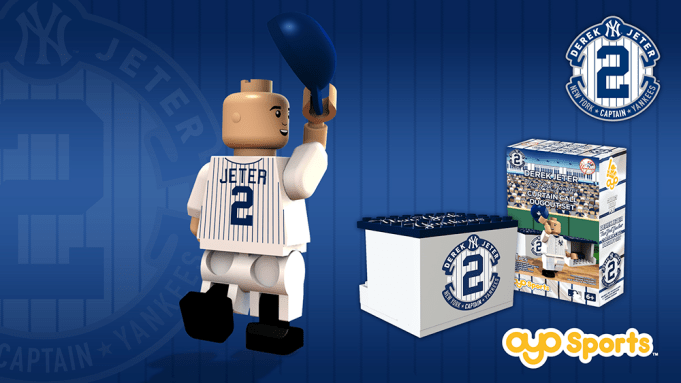 Boston-based OYO is a “fan engagement” company that produces buildable mini-replicas of athletes from major professional sports leagues including the MLB, NFL, NHL and MLS, as well as some universities.

Mandalay’s investment makes the Mandalay Entertainment Group subsidiary the largest shareholder of OYO. MSM CEO Rich Battista will join the company’s board of directors along with MSM board member and investor Jeff Patterson of Columbia Capital.

“MSM has been extremely impressed by the rapid growth company Tom and his staff  have built at OYO Sports,” said Rich Battista, CEO of MSM. “As OYO continues to build  out its global fan engagement platform, we believe the company has limitless potential as a sports consumer lifestyle brand for the youth, fan and collector markets.”

OYO mini-figures are available at over 15,000 points of retail in the U.S., and are available online at http://www.oyosports.com.

The figures, inspired by founder and CEO Tom Skripps’ idea for a toy that kids could play baseball with, are comprised of a painted-on face with two eyes, a nose and a smile, rotating forearms, bendable knees and appropriate sports equipment for each athlete. The investment will allow OYO to enhance its manufacturing and develop its e-commerce platform.

“We have spent the last three years focusing on making a meaningful product that allows fans of all ages to be closer to the players and teams they love,” said Skripps. “We are thrilled now to partner with MSM as their strategic investment will provide the capital and expertise to insure our continued ambitious growth.”

In anticipation of Derek Jeter’s retirement at the end of the 2014 MLB season, OYO produced a video of ten highlight’s from Jeter’s career as played out by the company’s mini-figures, which gives prospective customers a look at how the toys work as well as an adorable tribute to the Yankee legend.