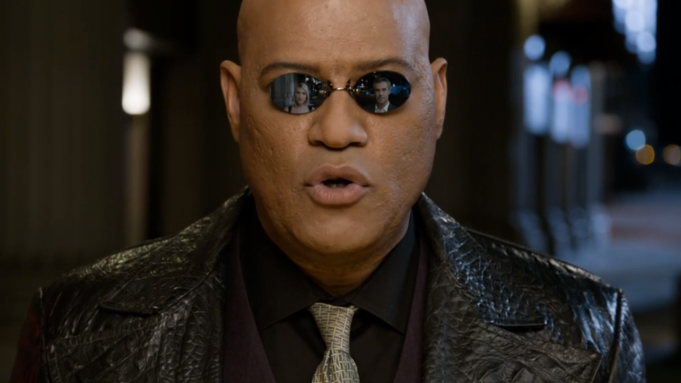 Kia Motors America has offered up and extended look at its Super Bowl commercial starring Laurence Fishburne as Morpheus from “The Matrix” franchise.

“Take the blue key and go back to the luxury you know. Take the red key and you’ll never look at luxury the same again,” says Fishburne, in character, while mimicking his lines from the sci-fi saga.

The commercial, produced by David&Goliath, will air Feb. 2 during the match up between the Denver Broncos and Seattle Seahawks.

Many marketers buying ad time during the game already have posted their commercials online, including SodaStream, which capitalized on controversy surrounding an edited version of a spot that stars Scarlett Johansson.