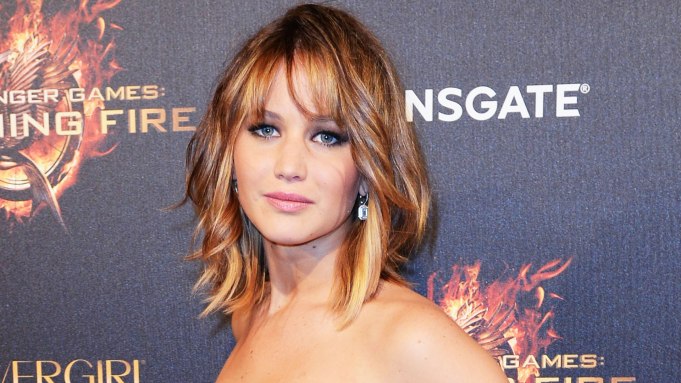 The pictures first appeared on image-sharing site 4chan and show most of the celebrities nude or partially dressed and were likely stolen from cell phones or e-mail accounts.

A spokesperson for Lawrence confirmed the photos were real and blasted the hackers for their “flagrant violation of privacy.”

“The authorities have been contacted and will prosecute anyone who posts the stolen photos of Jennifer Lawrence,” her representative warned.

Mary Elizabeth Winstead, another actress exposed in the leak, immediately took to Twitter to denounce the images.

A total of 101 celebrities were purportedly hacked in the breach, although it’s unclear how many of the circulating photos were real. Actress Victoria Justice insisted that her photos were fake while other stars such as Lena Dunham rebuked the privacy infringement on Twitter.

Remember, when you look at these pictures you are violating these women again and again. It's not okay.

Seriously, do not forget that the person who stole these pictures and leaked them is not a hacker: they're a sex offender.

As the authorities try to determine how the risqué photos surfaced online, one thing is clear: entertainers have become a favorite target for hackers.

In 2012, a judge sentenced Christopher Cheney to 10 years in federal prison for stealing nude photos and personal information from the e-mail accounts of several high-profile celebrities, including Scarlett Johansson, Mila Kunis and Christina Aguilera.

“Just because you’re an actor or make films, or whatever, doesn’t mean you’re not entitled to your own personal privacy,” Johansson told CNN after the incident.