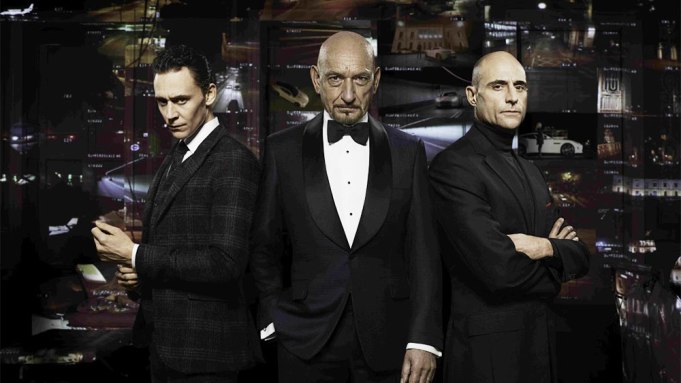 Jaguar is not waiting for the Super Bowl to debut the 60-second ad themed around British movie villains that it will air during the Big Game.

The carmaker posted the “Rendezvous” TV spot online on Tuesday, which features Ben Kingsley, Tom Hiddleston and Mark Strong in the Tom Hooper-directed commercial set to air during the fourth quarter of Super Bowl XLVIII.

The spot launches the “British Villains” campaign, which introduces the Jaguar F-Type Coupe and revolves around the premise that Brits have long made the best villains in landmark films, combining intelligence with charm, restlessness with calm, and are always confident, the carmaker said. “Rendezvous” opens with Sir Ben Kingsley asking the question, “Have you ever noticed how in Hollywood movies, all the villains are played by Brits?”

The ad then shows the new Jaguar F-Type being driven by Strong through London before meeting up with fellow villains, played by Kinglsely and Hiddleston.

This year’s Super Bowl spot is the first time Jaguar has advertised during the game.

“Super Bowl week is a major milestone for the Jaguar brand as we present our newest and fastest model, the F-Type Coupe, to millions of current and future potential customers,” said Jeff Curry, brand VP, Jaguar North America. “We are sharing the 60- second spot online this week as interest rises, but really look forward to presenting the F-TYPE coupe and our British villains in action to the viewers in high definition during the game.”

Hooper helmed the “Rendezvous” ad through a creative partnership with his Smuggler Films production house. The score was composed by Alexandre Desplat, who worked with Hooper on “The King’s Speech.”

“Rendezvous was filmed with the realization that many of today’s television viewers have access to beautifully sharp picture screens and multi-channel surround sound not unlike the best movie theaters,” Curry said.

Jaguar plans to monitor reactions to the ad during the Super Bowl, using Mindshare’s “The Loop,” where multiple screens will monitor real-time consumer data on social media platforms and enable the company to instantly shift digital search ad buys. The brand will also respond in real time to relevant tweets and messages via their social media platforms.