How High Will Superman Fly on eBay? Superhero’s First Comicbook Up for Auction 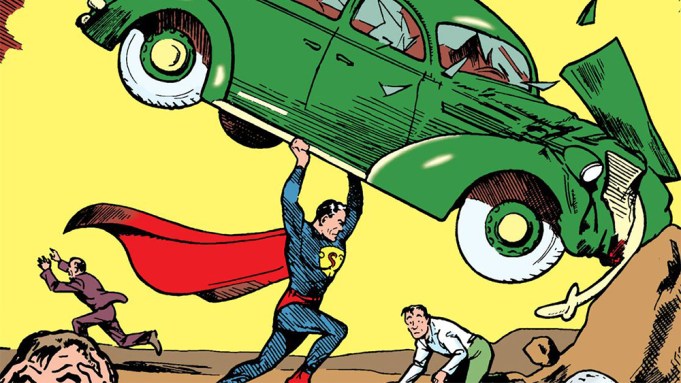 Bids already have soared as high as $1.65 million on eBay for the first comicbook that introduced Superman to the masses.

A copy of “Action Comics No. 1” was put up for auction on eBay on Aug. 14, with parts of the final price going to the Christopher & Dana Reeve Foundation. Bidding began at $1 million.

The auction can be accessed here. Bidding is restricted to pre-approved buyers only. Fifteen bids have been received so far.

Mild-mannered reporter Clark Kent appears for the first time in the comicbook, created by Jerry Siegel and Joe Shuster, that was published in June 1938, who fights crime in Metropolis as Superman.

Given that the copy is in mint condition — it garnered a 9.0 from the Certified Guaranty Co. — it could easily double the current asking price Aug. 24 when the auction ends.

Nicolas Cage previously paid $2.16 million for another copy of “Action Comics No. 1,” and received a 9.0 from the CGC.

“The quality and preservation of this Action No. 1 is astounding,” Paul Litch, CGC Primary Grader, said in a statement last month. “The book looks and feels like it just came off the newsstand. It is supple, the colors are deep and rich and the quality of the white pages is amazing for a comic that is 76 years old.”

Collectibles dealer Darren Adams is auctioning off the book, who calls it “the Mona Lisa of comics and stands alone as the most valuable comic book ever printed.”

There are believed to be only 50 unrestored original copies of “Action Comics No. 1” still in existence.