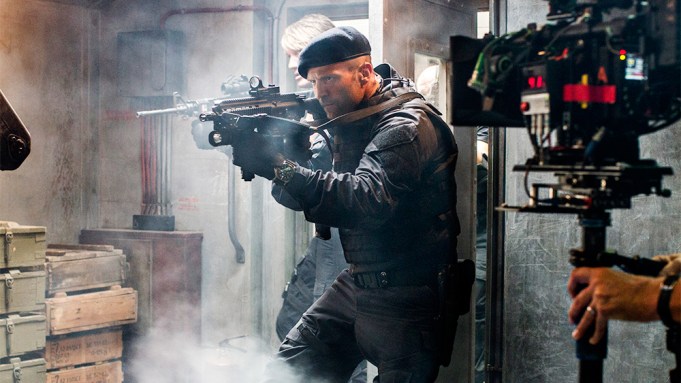 A federal judge has granted a temporary restraining order to Lionsgate in its effort to curb illegal sharing of high-quality copies of “The Expendables 3” weeks before its debut on Aug. 15.

U.S. District Judge Margaret Morrow specified six domain names in her order, barring them from hosting, linking to, streaming or making any other use of the film. She also barred any third party from “taking any action that induces, causes or materially contributes to” the infringement of Lionsgate’s copyright, including hosting, linking or providing access to such things as torrent files and trackers. She also ordered banks, payment processors and advertisers to shut down accounts connected to the sites.

Last week, Lionsgate filed suit against against 10 anonymous individuals the studio alleges were responsible for illegally sharing a leaked high-quality copy of the movie. Morrow said that the studio was “likely to succeed on the merits of its claims,” and that it has established that it would “suffer irreparable harm in the absence of immediate relief.”

According to the lawsuit, Lionsgate became aware on or around July 24 that a digital copy of the movie had been stolen and shared on pirate sites. Since then, there have been more than 2 million downloads of “Expendables 3” worldwide, according to tracking firm Excipio.

Morrow set a hearing for Aug. 8 on Lionsgate’s motion for a preliminary injunction.