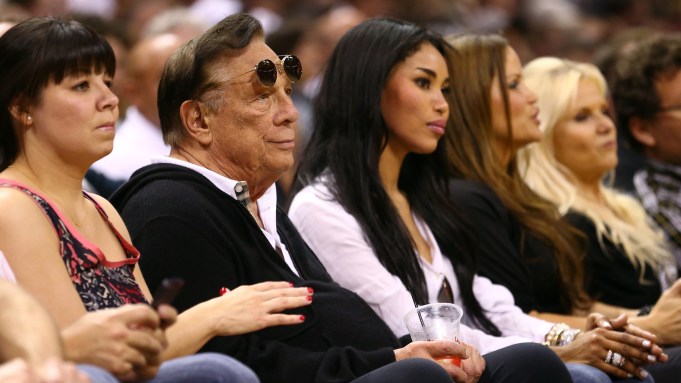 Donald Sterling has been banned for life from any NBA games and been fined $2.5 million — the maximum amount allowed under the NBA Constitution — after an audio tape leaked of the Los Angeles Clippers owner allegedly making racist comments, NBA commissioner Adam Silver said today at a press conference.

Silver added that he was encouraging the NBA board of governors to force a sale of the Clippers and that he will “do everything in my power to make sure that happens.”

“The views expressed by Mr. Sterling and deeply offensive and harmful,” Silver said at the conference. “That they came from an NBA owner only heightens the damage and my personal outrage. Sentiments of this kind are contrary to the principles of inclusion and respect that form the basis our diverse, multicultural and multiethnic league.”

He added that he had the support of others in the organization, saying: “We stand together in condemning Mr. Sterling’s views. They simply have no place in the NBA.”

The controversy over Sterling started Friday when TMZ released a taped conversation said to be between Sterling and his girlfriend V. Stiviano in which Sterling asks Stiviano not to publicize her friendship with African-Americans.

“It bothers me a lot that you want to broadcast that you’re associating with black people,” a man identified as Sterling says on the tape in reaction to Stiviano posting a photo on Instagram with Lakers legend Magic Johnson. “You can sleep with (black people). You can bring them in, you can do whatever you want. The little I ask you is not to promote it … and not to bring them to my games.”

Since that time, State Farm, Kia and other key sponsors have pulled their support of the Clippers and the NAACP dropped its plans to honor Sterling next month.

Since the press conference, Johnson has tweeted in support of the decision.

The Clippers have also taken to their website to respond. On Clippers.com, there is nothing but a black screen and the message “We Are One.”