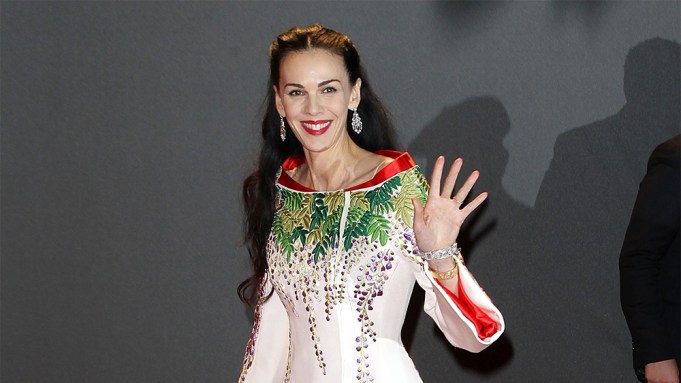 L’Wren Scott, the model and designer who had dated rocker-producer Mick Jagger since 2001, was found dead Monday morning in her New York City apartment.

The 47-year-old fashion designer, who created the costumes for films “Ocean’s Thirteen,” “Eyes Wide Shut” and “Diabolique,” was found by her assistant hanging from a scarf attached to a doorknob.

A spokeswoman for Jagger says the singer was “completely shocked and devastated by the news.”

Scott, who was adopted by Mormon parents and raised in Roy, Utah, had her own fashion label popular with celebrities. She was a fixture on Jagger’s arm and, at around 6-foot-3, towered over her famous boyfriend.

She founded her high-end label in 2006 and recently created a more affordable line of clothes with Banana Republic.

On the red carpet, she has dressed stars like Nicole Kidman, Oprah Winfrey, Sarah Jessica Parker and Angelina Jolie.

“This is a horrible and tragic loss,” said Madonna. “I’m so upset. I loved L’Wren’s work and she was always so generous with me.”

The Associated Press contributed to this report