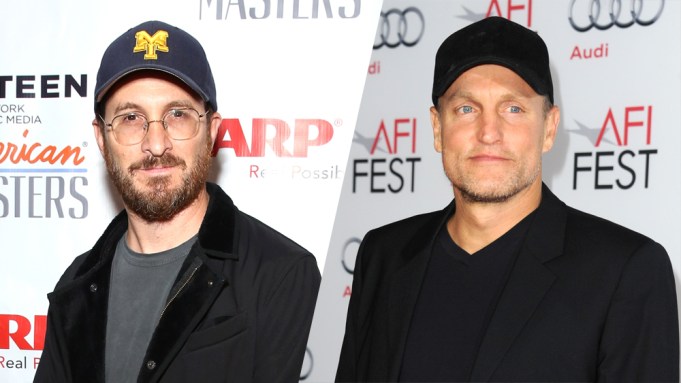 Director Darren Aronofsky and actor Woody Harrelson have teamed up to make a 30-second spot on climate change that will run in key states during primetime and the World Series.

The spot — which warns of climate change deniers, and features an image of industrialist David Koch — is financed by Tom Steyer and his NextGen Climate, which has been among the top spending outside groups this cycle. According to The Hill, it has spent just over $50 million on congressional and state races this cycle.

The Aronofsky-Harrelson spot does not name any candidate, but it does urge voters to get to the polls on Nov. 4. It puts climate change denial in the context of beliefs that the earth is flat and that cigarettes don’t cause cancer. “Some powerful people want to hold us back,” Harrelson says in narrating the spot, with an image of Koch flashing on the screen.

“Climate change is undeniable, and we can no longer afford to wait to address this very real threat,” Steyer said in a statement.