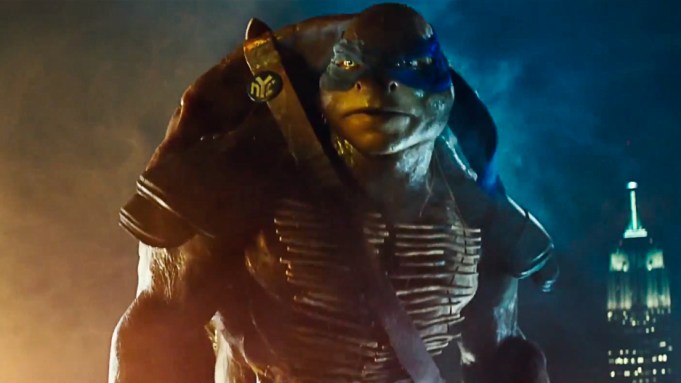 There are 2 million new reasons to take the Teenage Mutant Ninja Turtles a little more seriously.

The characters’ co-creator Kevin Eastman is putting up for sale his first drawing of the pizza-loving crime-fighting turtles he first drew in 1984, and is seeking $2 million for the work, which can be seen below.

The timing of the sale comes as the “Teenage Mutant Ninja Turtles” is celebrating its 30th anniversary, has a new live-action feature out in theaters on Aug. 8 from Paramount, has a successful animated TV series airing on Nickelodeon, and is still popular as a toy and comicbook line, along with videogames and other licensed merchandise.

Some of funds from the drawing’s sale will be donated to charity. “After 30 years of owning it, I think it is time to find a new home,” Eastman said. “We have a bunch of different charities we work with, and want to spread some turtle cheer to them. It just feels like the right time to let it go.”

Heavy Metal, an entertainment banner that began as a genre magazine for sci-fi and fantasy but has now been revived as a quarterly publication and brand that backs movies, TV shows, comicbooks and other forms of media, is helping handle the sale through its website and KevinEastmanStudios.com.

Eastman owned and served as Heavy Metal’s editor and publisher until selling it to producer Jeff Krelitz and music vet David Boxenbaum.

“Heavy Metal is a company I have followed since 1977, the first issue, and bought it in 1990,” Eastman said. “As it now presses into its 38 year, I am beyond excited to take it to a whole new level with Jeff and David.”

Heavy Metal is looking to make a significant splash at this year’s Comic-Con with a number of exclusives.

“This is an opportunity to connect with the fans and listen to what they want to see as well as presenting them with our vision,” Krelitz said of Heavy Metal’s presence at Comic-Con this year.

That includes partnering with Mondo to create a teaser poster for the reboot of the “Heavy Metal” movie. Swedish artist Kilian Eng illustrated the piece, which is one of Mondo’s Comic-Con exclusives this year, and available at its booth. Mondo will offer limited quantities of a Japanese variant, as well.

Heavy Metal also produced the first animated version of a Mondo print, based on the poster, that will be released during Comic-Con this week. Additionally, Retroband has designed a series of action figures based on the 1981 film, including the characters Taarna, Harry Canyon, and B-17 Gunner that will be shown as part of an art installation. The figures will be on display at Heavy Metal’s booth; it’s unclear whether they will eventually be reproduced and sold.

“The figures were designed as if the movie was coming out today,” Krelitz said. The company is using the “Heavy Metal” art and figures as a way to showcase its love of its history as an art and comics touchstone, as it moves into its evolutionary phase as an all-media company, Krelitz said.

Separately, the Heavy Metal has partnered with inventor Barry Geller on prints based on adaptations of Roger Zelazney’s 1960’s notorious sci-fi classic “Lord of Light,” together with comicbook artist Jack Kirby.

“Lord of Light” was the project Tony Mendez borrowed to get U.S. Embassy workers out of Iran in 1979, depicted in Ben Affleck’s “Argo.”

Along with color prints of Kirby’s original 14 pieces, Chris Burnham has created adaptations of the pieces that inspired him to become an artist.

A “Heavy Metal” movie action figure, Mondo poster and “Lord of Light” poster from Kirby can be seen below.