'A lot of folks are worried' about their jobs, CNN reporter Lisa Dejardins says in farewell clip 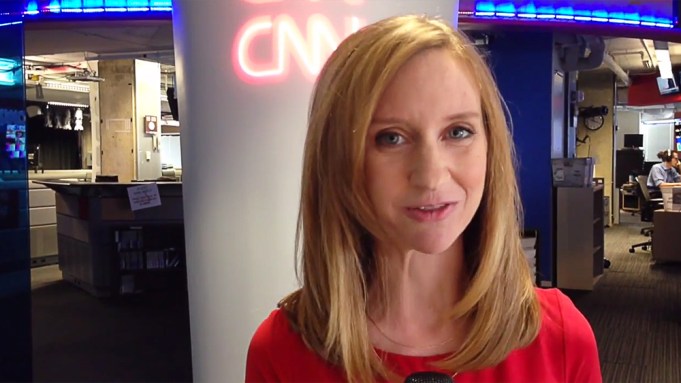 Former CNN Capitol Hill reporter Lisa Dejardins posted a video of her final sign off from CNN on Thursday as she prepared to leave the building after being laid off.

Dejardins, a reporter for CNN.com who was not an on-air personality, compares the mass goodbye emails from laid off CNN employees to the personal ones, finding a wide discrepancy in the general tone and niceness between the two, and expresses her disappointment CNN’s decision to get rid of a congressional reporter given the bipartisan struggle in the Capitol.

However, CNN is in the midst of expanding its digital staff in Washington, D.C. as it prepares for the 2016 presidential race. The news giant recently recruited Politico alum Rachel Smolkin as executive editor for politics to spearhead an elaborate digital initiative out of D.C. Dejardins’ departure was part of a restructuring of CNN’s Washington bureau and not part of the buyout offer.

Time Warner confirmed on Tuesday that approximately 600 employees at its Turner Broadcasting unit, which houses CNN, were being offered buyouts as part of a cost-cutting effort. It’s expected that Time Warner will wait a few weeks to assess the employee response to the voluntary buyouts before implementing layoffs at various Turner units.

According to reports, CNN president Jeff Zucker told employees in a news meeting that the network was, “going to do less and have to do it with less.”

“We now have a sense of what Turner is expecting from CNN,” Zucker reportedly told the staff. “I am working with the senior management team at CNN to figure out what this means for us. This will result in changes and what we do and what we stop doing.”

Zucker was addressing an internal memo from Turner CEO John Martin, who recently said that “organizational changes” were expected.

“Given the current focus on reducing costs and prioritizing investments to maximize company performance, Turner will also undertake additional reductions in staffing,” the memo read.

The move is tied to Martin’s “Turner 2020” initiative, which is aimed at turning the company around by the year 2020, which is also Turner’s 50th anniversary.