Why Anna Kendrick Wishes She Were in the Super Bowl 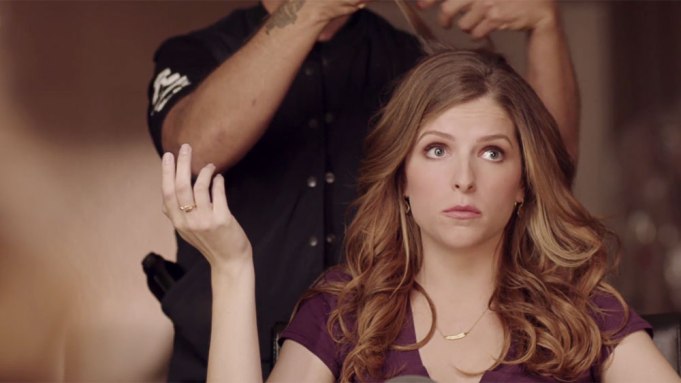 You won’t see Anna Kendrick in a commercial during the Super Bowl. But she wishes she were starring in one during the year’s most-watched TV event.

In a comedic turn, Kendrick appears in Newcastle Brown Ale’s latest faux Super Bowl spot for its campaign that attempts to hijack the conversations and hype surrounding ads that will appear in the big game.

She mourns of the paycheck she won’t receive, since Newcastle isn’t buying time during the game and questions whether she’s “beer-commercial hot” in the spot with “I’m approachable hot, like the hottest girl in your improv class hot.”

Newcastle opted to make its voice heard online rather than pay Fox the $4 million it is charging for a 30-second Super Bowl spot. Droga5 produced the campaign.

“It seemed like the obvious thing we had to do, and unfair to the world if we didn’t,” Newcastle brand director Quinn Kilbury has said of the British beer brand’s marketing effort. It calls the Super Bowl the Super Bleep in spots. “The Super Bowl is great. The game is amazing, everyone loves the game. But it’s become much more about marketing in some ways, and the over-the-top ridiculousness that surrounds it.”

Kendrick recently wrapped Disney’s musical “Into the Woods” and will reprise her starring role in the “Pitch Perfect” sequel.

The actress posted this on her Twitter feed earlier Thursday.