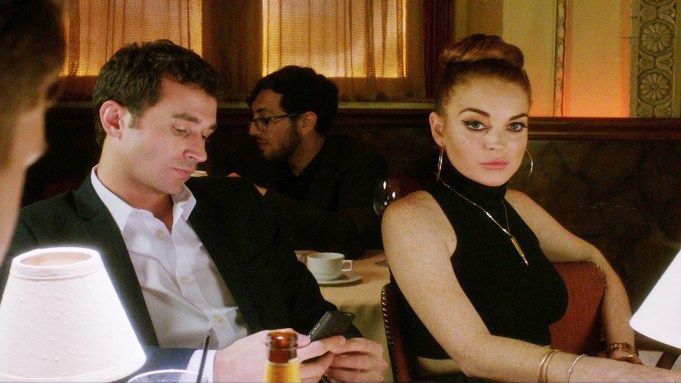 It may have cost less than half a million dollars to shoot, but Lindsay Lohan starrer “The Canyons” has drawn an outsized amount of attention for the star’s antics and the project’s high-profile talent. Viewers get another glimpse of what to expect in the latest trailer for “The Canyons” released Wednesday.

The trailer features a montage of empty theaters with Lohan asking “When’s the last time you went to see a movie in a theater?” — an apt question since IFC Films will open the film in theaters and on VOD simultaneously on Aug. 2.

The pic has made headlines ever since Schrader cast Lohan and drew even more buzz when Schrader allowed New York Times Magazine writer Stephen Rodrick close-up access during filming for a January article. The article’s in-depth description of Lohan’s struggles to show up for work, stay sober and take direction drew plenty of attention though it’s hard to say whether the publicity the film has garnered has been good or bad.