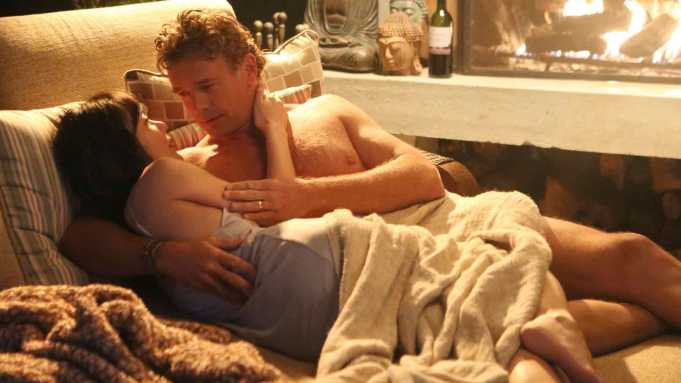 Faithfully adapted from a so-so British series, “Mistresses” seems to have landed on U.S. shores in the right place, at the right time. A frothy primetime soap with a definite naughty streak, the program looks well suited to scratch an itch for daytime serial fans ABC abandoned, and its salacious qualities are compatible with the summer timeslot behind “The Bachelorette.” Throw in an especially appealing quartet of female leads, and the Alphabet network — having struggled mightily to fill “Desperate Housewives’” high heels — has a potential utility player for next season, assuming “Mistresses” can keep its saucy come-on fresh.

Although the characters and situations largely mirror its inspiration, this U.S. version wisely seeks a somewhat cheekier and less somber tone, with lots of athletic grappling that could easily have been plucked from a high-end perfume ad. It also steers clear of the absurdity that has characterized something like ABC’s “Revenge,” which has long since passed from guilty pleasure to groan-inducing chore.

Savi (Alyssa Milano) is a successful attorney whose marriage is suffering from the pressure she and her husband (Brett Tucker) feel to procreate. Matters aren’t made easier by Savi’s attractive colleague (Jason George). Her younger sister Josslyn (Jes Macallan) is a sexually omnivorous realtor, who isn’t above sleeping with her boss — or manipulating him (and anyone else) to get what she wants.

Karen (“Lost’s” Yunjin Kim), meanwhile, is a therapist who became romantically involved with a terminally ill patient (John Schneider), an error compounded after his death by her ongoing relationship with the family and the man’s troubled son (Erik Stocklin). Finally, there’s April (Rochelle Aytes), a widowed shop owner who is trying to brave dating again, though the memory of her husband continues to leave a cloud over her.

The casting is key to make these fairly stock situations pop, all loosely revolving around questions of fidelity, although the title — like most everything else in the show — is a little bit over the top.

As with “Housewives,” the women also benefit from their close ties to one other, allowing them to bare their souls to each other, while baring their bodies to the men in their lives.

If memory serves, the producers have also deferred some of the original’s juiciest elements — the ones more likely to alienate potential viewers — beyond the three previewed episodes. If that was a conscious choice, it’s a shrewd one, since by then the audience will either be pretty well hooked or “Mistresses” will be bound for the great network-serial burial ground.

Frankly, it’s a shame ABC didn’t develop the show while “Housewives” was still around, and the summer slot — with its diminished expectations, but also the challenge of getting noticed — comes with tradeoffs. Still, balancing those factors against “Mistresses” attractive assets, summer’s probably not such a bad time to take out a little trash.