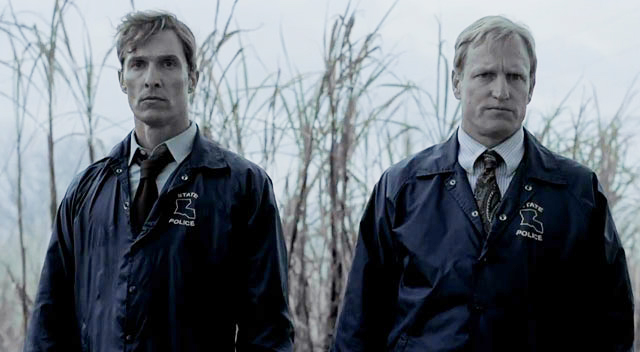 Fittingly, the network aired the first full-length trailer for the highly-anticipated show about two detectives’ 17-year hunt for a serial killer in Louisiana prior to its season four premiere of its other crime drama, “Boardwalk Empire.”

While Harrelson (” The Hunger Games: Catching Fire”) and McConaughey (“Dallas Buyers Club”) are the selling points for the first season, the idea is to solve the mystery during the first year’s run and then repeat the story-telling structure with different characters.

Series will bow in January.