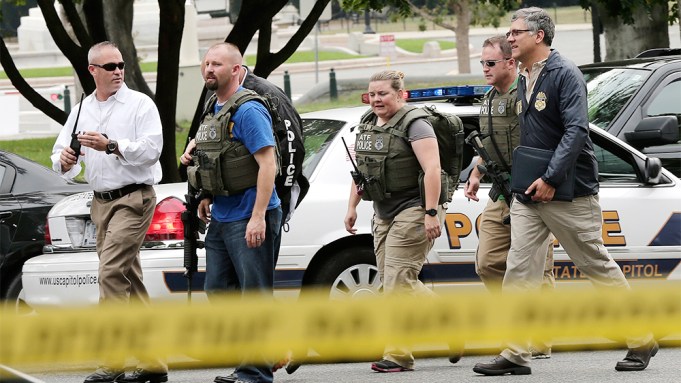 WASHINGTON (AP) — A woman driving a black Infiniti with a young child inside tried to ram through a White House barricade Thursday, then led police on a chase that ended in gunfire outside the Capitol, witnesses and officials said.

Tourists watched the shooting unfold on Constitution Avenue outside the Capitol as lawmakers inside debated how to end a government shutdown. Police quickly locked down the entire complex temporarily, and both houses of Congress went into recess.

Fox News and other major outlets like CNN obtained footage from dramatic scene where the woman rammed a barricade near the White House, then fled down Pennsylvania Avenue at high speed to the Capitol area.

News outlets have swarmed the D.C. shooting, which the local police commissioner described as an “isolated incident,” in the wake of the current government shutdown in Washington.