Athlete expands on revelation he is gay 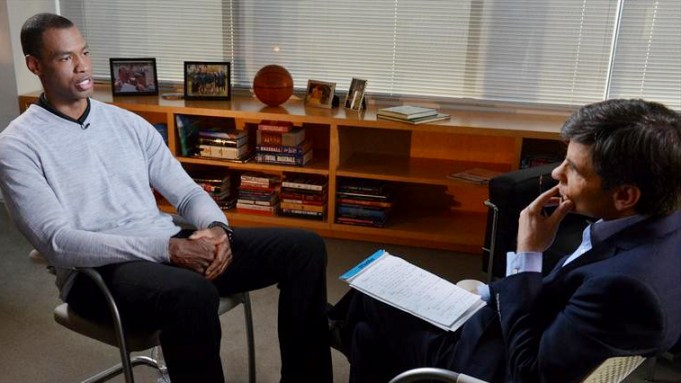 In his interview for ABC’s “Good Morning America” with NBA center Jason Collins, the first active player from a major U.S. team sport to reveal he is gay,  George Stephanopoulos enabled Collins to revisit many of the points the athlete expressed Monday in his first-person piece for Sports Illustrated.

Questions from Stephanopoulos included  “You always knew you were gay?” and “What do you say to the 12-year-old boy who’s out there practicing right now, wants to be a pro ballplayer, and happens to be gay?”

Soft-spoken but articulate, while occasionally poking fun at himself, Collins added some texture to the initial revelation.

“I sort of describe it as, ‘You know the sky is blue, but you keep telling yourself it’s red,’ ” Collins said. “But when you finally get to that point of acceptance, there’s nothing more beautiful.

Part 2 of the interview: