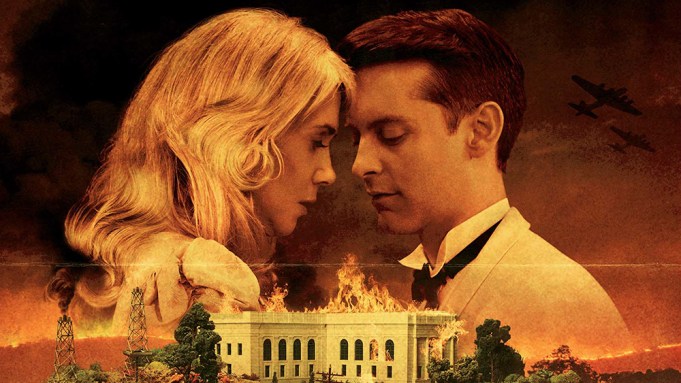 The new trailer for the Will Ferrell-backed IFC miniseries “The Spoils of Babylon” is a cross between a “Saturday Night Live” spoof and a Paul Thomas Anderson film.

The six-part dark comedy — created by Matt Piedmont and Andrew Steele, and produced by Ferrell’s Funny or Die — is the bizarre adaptation of a non-existent novel penned by fictional author Eric Jonrosh (voiced by Ferrell). The show follows a dysfunctional family of oil tycoons led by Jonas Morehouse (Tim Robbins). His children, played by Kristen Wiig and Tobey Maguire, are set to inherit the fortune if they can fight their forbidden love for each other, (“I kicked heroin, I can’t kick you,” Maguire tells Wiig before they embrace).