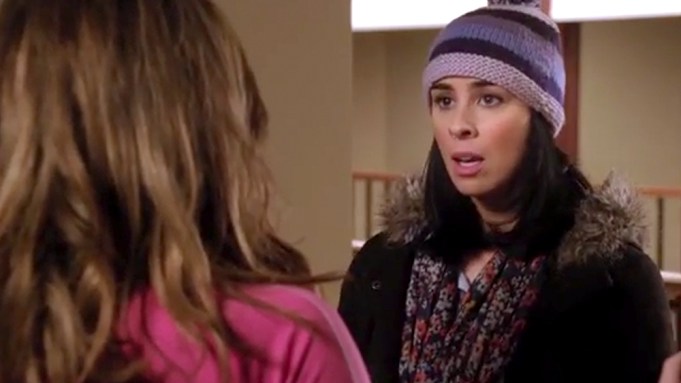 Sarah Silverman’s failed NBC pilot “Susan 313” is finally seeing the light of day as the comedienne has posted the entire episode on her YouTube page.

Silverman says the studio that owned the show, 20th Century Fox, gave her permission to post it. She intros the video by saying she isn’t mad that NBC didn’t pick up the show, but rather admits, “They probably did the right thing.”

Was Silverman’s ‘Susan 313’ on the Wrong Network?

Show starred Silverman as a woman who just broke up with her boyfriend and moves back in to her old apartment. It co-starred Tig Notaro, June Diane Raphael and Harris Wittels, and also featured a cameo from Jeff Goldblum.

Produced by 20th and Imagine TV, the show was a very high-profile pilot and was a surprising no-go from the Peacock.