Entire first season will debut on Netflix at once on Sept. 12 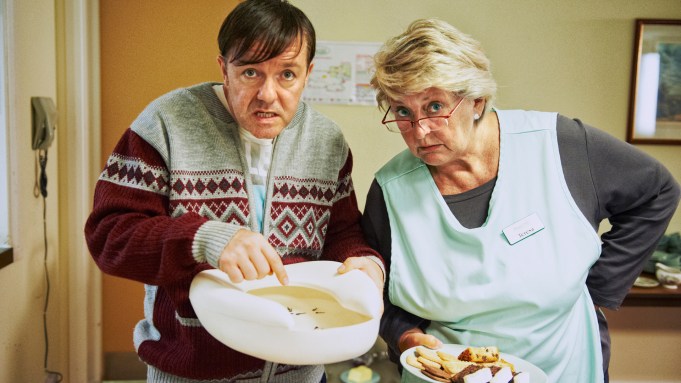 Netflix has offered a teaser for Ricky Gervais series “Derek,” which is set to bow on the streaming platform on Sept. 12.

Dramedy, which originally aired on Channel 4 in the U.K., centers on a nursing home caretaker and his group of quirky coworkers and pals. Gervais toplines the show, and Netflix will roll out the seven-episode first run of “Derek” all at once, as it has done with its preceding TV skeins.

While not a true Netflix Original like “House of Cards” or “Orange is the New Black,” “Derek” has received Original treatment from Netflix, which included it in the platform’s January TCA session alongside shows like “Hemlock Grove” and “Arrested Development.”