The 11th Doctor steps down 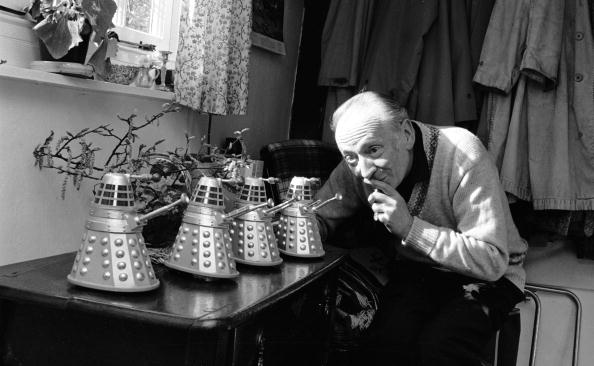 Over the weekend, Matt Smith announced he will step down as the 11th Doctor on the long-running “Doctor Who.” The character will “regenerate” in the now-traditional “Doctor Who” Christmas special, just after the series marks its 50th year on the air. Smith’s replacement will assume the role at that time.

The character of the Doctor was given the ability to regenerate so the role could be passed from thesp to thesp without a break in continuity. The BBC said on its official “Doctor Who” blog “Matt’s spectacular exit is yet to be revealed and will be kept tightly under wraps.”

POLL: Who Should Replace Matt Smith in “Doctor Who”?

After inheriting the role from David Tennant, Smith as the Raggedy Doctor was the youngest actor to play the Time Lord and the only actor to be nominated for a BAFTA in the role.

“I’m incredibly grateful to all the cast and crew who work tirelessly every day to realize all the elements of the show and deliver ‘Doctor Who’ to the audience.” said Smith in a statement to the press. “Many of them have become good friends and I’m incredibly proud of what we have achieved over the last four years.”

Smith already filmed a special milestone episode of “Doctor Who” for the 50th anniversary, set to air in November.

The announcement of Smith’s departure is just a month award from San Diego Comic-Con, which will no doubt bring heated debates and much speculation to the event. The conference was already prepping panels and festivities in honor of the skien’s 50th anni, so news of Smith’s retirement will mean that the already popular panels will draw the type of lines usually reserved for “Twilight.”.

SEE ALSO: Is It Time For a Woman to Topline ‘Doctor Who’?

As for the show itself, there is a slight dilemma: according to the show’s folklore, the Doctor can only regenerate 12 times, so is this new Doctor the final Doctor? Or will this regeneration perhaps lead the way for a “Doctor Who”  theatrical movie that the fans have been craving for so long? Writers have fudged the mythology behind the Time Lords before, so perhaps they will do their best to extend the mythos for yet another 50 years.

Don’t worry, Whovians. If you need a fix, Matt Smith can next be seen in Ryan Gosling’s directorial debut, “How To Catch a Monster.”