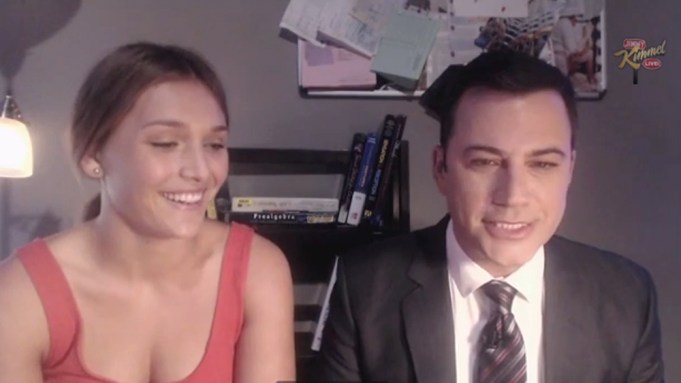 Jimmy Kimmel took great joy last night in unveiling to the world that he was behind the viral video “Worst Twerk Fail EVER – Girl Catches Fire!” — and he was especially pleased the media at large fell for his Internet prank.

The video, which was posted online a week ago and has drawn close to 10 million views on YouTube, was suspected by many to be a fake, but no one knew the ABC host was the one behind it.

Kimmel revealed his involvement last night with the video’s star, stuntwoman Daphne Avalon, who used a fake name in posting the video and was sworn to secrecy about the whole thing.

Kimmel was especially joyful when he showed a series of clips of other media outlets (both local and national) airing the video as if it was real.

He ended the segment quipping, “It’s a good thing nothing is happening is Syria right now.”