James Gandolfini Remembered for ‘Huge Heart and Spirit’ at Funeral 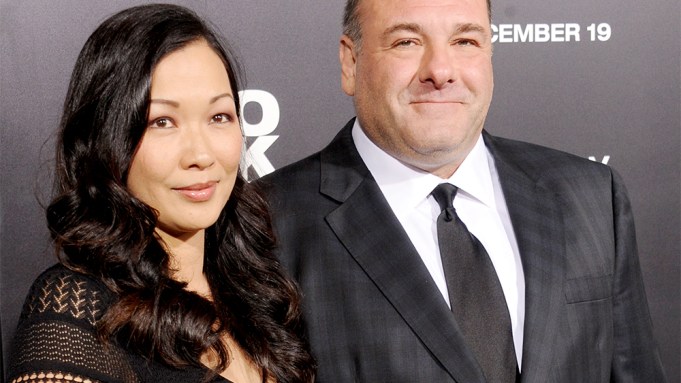 James Gandolfini was remembered as an unfailingly generous husband, father and colleague at Thursday morning’s funeral service at Saint John the Divine. The historic cathedral was, in the words of one speaker, big enough to hold Gandolfini’s “huge heart and spirit,” as well as the more than 1,500 friends, family members and fans who filled row upon row of pews and folding chairs alike.

The service, which followed Wednesday night’s private wake at a New Jersey funeral home, consisted of a full Episcopal mass, as well as remembrances from Gandolfini’s widow Deborah, former assistant Thomas Richardson, friend Susan Aston, and “The Sopranos” creator David Chase, who addressed his emotional remarks in the form of a letter to Gandolfini, noting, “I tried to write a traditional eulogy, but it came out like bad TV.”

Chase recounted several memories from the shooting of his landmark series, including one from early on in the first season when, between takes on a hot summer day, he saw Gandolfini sitting with pant legs rolled up, black shoes and black socks exposed, a damp handkerchief draped across his forehead. It was, for Chase, an emblematic pose of working class Italian-American life, as if he were looking back through time at his own father or grandfather. “It made me so proud of our heritage to see you do that,” he said. “I always felt that we were brothers.”

Chase went on to describe what he considered to be Gandolfini’s defining quality as both an artist and a person. “I saw you as a boy, a sad boy, and that’s why I think you were a great actor,” he said. “It was a child reacting–they were just simple emotions, straight and pure.” It was this same quality, Chase said, that made audiences fall in love with Tony Soprano, despite his sometimes violent, volatile behavior. “My theory was they saw the little boy.”

That sentiment was echoed by the Reverend Dr. James A. Kowalski, who prefaced the mass by recounting his first meeting with Gandolfini at the Rainbow Room, and his own feelings, as a man of the cloth, about Tony Soprano. “If a violent character could force me to think more deeply about family conflicts and the possibility of redemption, maybe there is this thing called hope,” he said.

Richardson described his former boss as “the most giving, generous person everyone here has ever known,” whether sharing lunch with the teamsters on the “Sopranos” set or reaching out to victims of Hurricane Sandy on his beloved Jersey shore. Indeed, the actor’s charitable outreach was a constant refrain, particularly his involvement in the Wounded Warrior Project for disabled military veterans.

“He cared about others more than himself,” observed Deborah Gandolfini, while Chase lamented that the media too often only seemed interested in Gandolfini on those occasions when he spread himself so thin that he finally snapped.

Aston, who served as the actor’s dialogue coach on “The Sopranos,” remembered their early days acting together in “a basement theater in the Village in the 1980s,” where Gandolfini calmed her nerves before one performance by shouting from the wings, “Aston, what’s the worst that can happen? We suck!” The last time they spoke, she added, Gandolfini told her he had just turned down a role in a movie scheduled to shoot this summer, so that he would be able to spend more time with his family.

Hitting an especially poignant note, Chase described a scene he once planned, then scrapped, for a “Sopranos” episode, in which Tony would have found himself lost somewhere in the Meadowlands without his car, eventually forced to take a public bus. The episode would have ended, Chase said, with a close-up on Gandolfini’s face while Joan Osborne’s “One of Us” played on the soundtrack with its familiar chorus, “What if God was one of us/Just a slob like one of us/Just a stranger on the bus/Trying to make his way home.” If the actor’s funeral were a “Sopranos” episode, Chase added, it would end the same way, only with the song extended to include this later refrain: “Trying to make his way home/Back up to heaven all alone/Nobody calling on the phone/Except for the Pope maybe in Rome.”