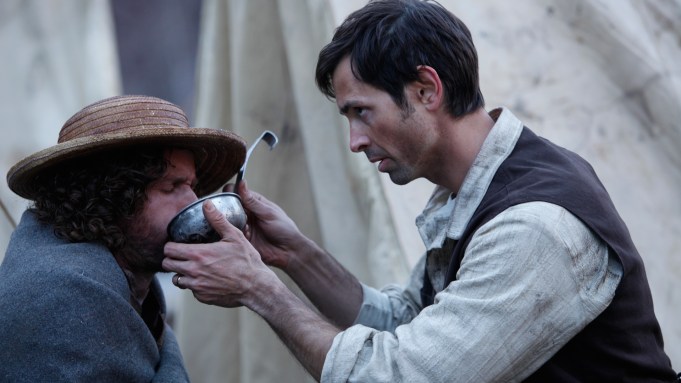 The four-part series, which bows at 9 p.m. October 11,  relies on historians, experts and movie-like visual and dramatic effects to tell the story of the Boston Company, which headed west with big dreams of hitting pay dirt during the mid-1800s. In this exclusive first look at the trailer, it’s clear that the men did not find paradise right away — even if what they did discover would eventually amount to an estimated $25 billion today.

Stephen David Entertainment produced History’s miniseries docudrama “The Men Who Built America,” which received Emmys this year for its costume designs and sound editing and nominations for writing for nonfiction programming and outstanding documentary. Stephen David is an executive producer for “Fever.” Executive Producers for Discovery Channel are Nancy Daniels and Matthew Kelly.