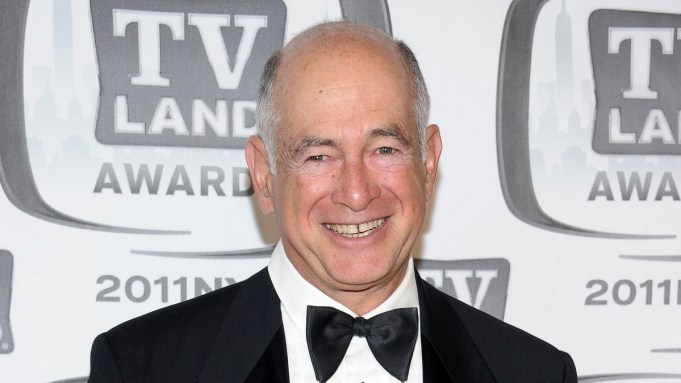 Gary David Goldberg, the Emmy-winning creator of the iconic “Must-See TV” sitcom “Family Ties” who also branched out into directing features, died Sunday of brain cancer in Montecito, Calif. He was 68.

Introduced in 1982, “Family Ties” became one of the linchpins of NBC’s successful Thursday-night lineup and made Michael J. Fox — who will return to the network in the fall — a star. The series ran for seven seasons, earning Goldberg a writing Emmy. He won another during a stint on the “Mary Tyler Moore Show” spinoff “Lou Grant.”

“Basically, those parents are me and Diana,” Goldberg explained during an interview with the Archive of American Television regarding the genesis of “Family Ties,” referring to his wife, Dr. Diana Meehan, and their hippie roots.

Goldberg initially resisted the choice of Fox, as did then-NBC Entertainment President Brandon Tartikoff, who famously said he couldn’t picture the actor’s face on a lunchbox. A collection of his papers donated to USC shows Tartikoff holding just such a lunchbox, autographed by Fox.

Although the series is remembered as a huge hit, the ratings didn’t take off until its third season, when NBC introduced “The Cosby Show.”

Goldberg later reunited with Fox on “Spin City,” which proved a modest hit for ABC. But the show closest to his heart might have been “Brooklyn Bridge,” an autobiographical half-hour for CBS, derived from his own youth growing up under the watchful eye of his grandmother in Brooklyn, where he was born in 1944. The show earned critical acclaim, a Golden Globe and a Humanitas prize but garnered tepid ratings and was canceled by the Eye network after two seasons.

“He touched so many with his enormous talent and generous spirit,” Fox said in a statement. “He changed my life profoundly.”

All of Goldberg’s shows featured the memorable closing credit for his Ubu Prods., “Sit, Ubu, sit,” named for the producer’s Labrador. It was also the title of his 2008 autobiography.

Beyond his work in television, Goldberg directed such features as “Dad,” starring Jack Lemmon; “Bye Bye Love,” with Paul Reiser; and “Must Love Dogs.”

Goldberg launched his writing career in the mid-1970s on “The Bob Newhart Show,” working on a series of MTM productions (“The Tony Randall Show,” “Lou Grant,” “The Last Resort”) before creating “Family Ties,” which struck a nerve with its template of counter-culture parents raising a conservative son.

Asked in the archive interview what gave him the most pride about his career, Goldberg said, “I think it’s the fact that I’m still really close with almost everyone I’ve worked with, and a lot of the young writers I started have gone on to great careers. … It’s an idea that writers matter.”

Former NBC Entertainment chief Warren Littlefield, who worked as a development exec when “Family Ties” premiered, recalled shooting the pilot with Goldberg, and the producer finally hurling a chair when they couldn’t get a shot right during a party scene, before looking up and asking, “You think I overreacted?”

“It was at that moment I realized how passionate he was, how much he cared,” Littlefield said. “But he also had a sense of humor about it. And once ‘Family Ties’ was a massive hit, nothing changed.”

Goldberg was also surrounded by a media family. His wife, Meehan, is a producer, author, professor and advocate who taught in the UCLA and USC communications studies departments, produced documentaries through Ubu’s non-fiction wing, VU, and is co-founder of the Archer School for Girls. They had two daughters: Shana, a comedy-writer producer who ran “Friends” with her husband/partner, Scott Silvestri; and Cailin, a freelance writer and Huffington Post contributor.