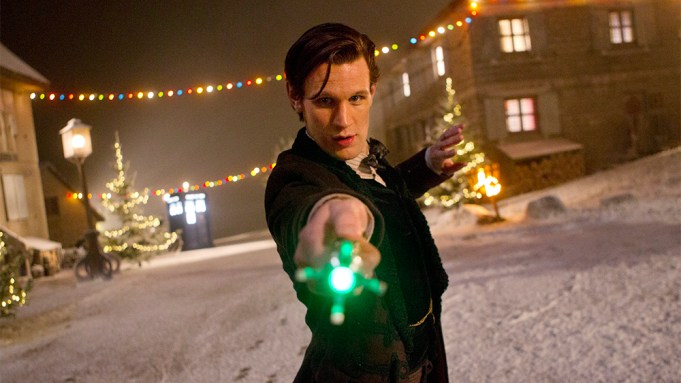 It’s time for Whovians to say goodbye to Matt Smith — but not without one last Christmas present.

BBC America today released a 30-second, action-packed trailer for the “Doctor Who” Christmas special, “The Time of The Doctor,” to air Christmas Day. It marks the last appearance of Smith as the titular Doctor before 12th Time Lord Peter Capaldi takes the reigns.

The trailer opens ominously with narration from Jenna Coleman as Clara Oswald, and teases the “siege of Trenzalore,” where Smith’s Doctor is set to meet his maker or, rather, regenerate into a new body. If it wasn’t clear enough, a Dalek can be heard saying, “the Doctor is regenerating.”

The television event was teased during Nov. 23’s record-breaking “Day of The Doctor” 50th anniversary special, and Capaldi was revealed to be the next Doctor on Aug. 4.

Smith has served at the protagonist for more than three years, and has been credited, along with 10th Doctor David Tennant, for helping to usher in a younger set of fans. Capaldi is more than two decades older than Smith, but still made the rounds on social media following the announcement.

The annual holiday special will air to American audiences at 9 pm Christmas Day on BBC America.