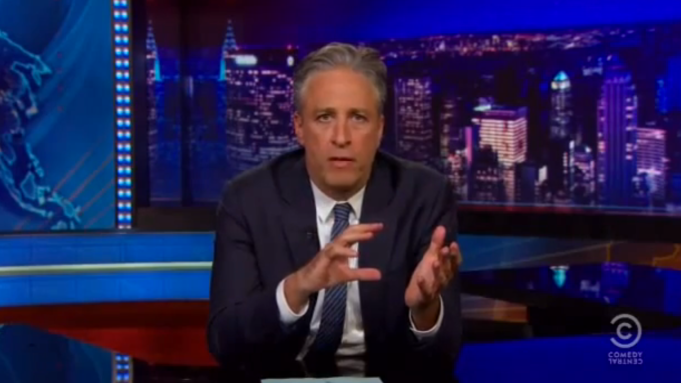 HBO has won the sweepstakes to land John Oliver for a show. The “Daily Show” correspondent’s move to topline his own series was only a matter of time after his well- received stint substituting for Jon Stewart this summer.

HBO said Thursday that Oliver will host a weekly topic comedy series to air on Sunday nights starting next year. The lanky, energetic Brit has been widely praised for his sharp take on American pop culture and for his ability to pull off absurdist stunts in interviews and field reporting assignments for “Daily Show.”

“We weren’t otherwise searching for another weekly talk show, but when we saw John Oliver handling host duties on ‘The Daily Show,’ we knew that his singular perspective and distinct voice belonged on HBO,” said HBO Original Programming prexy Michael Lombardo. “We are extremely excited that John has agreed to make HBO his home.”

PHOTOS: ‘Daily Show’ Correspondents: Where Are They Now?

Oliver’s move is a loss for Comedy Central, which presumably was hoping to capitalize on the momentum he gained at the “Daily Show” anchor desk from mid-June through the end of August, while Stewart took a hiatus to direct a film.

Oliver has also hosted a standup showcase for the cabler for the past four years, “John Oliver’s New York Stand Up Show.” And he has a recurring role on NBC’s “Community.”

“I’m incredibly excited to be joining HBO, especially as I presume this means I get free HBO now. I want to thank Comedy Central, and everyone at ‘The Daily Show’ for the best seven and a half years of my life,” Oliver said. “But most of all, I’d like to thank Jon Stewart. He taught me everything I know. In fact, if I fail in the future, it’s entirely his fault.”

There was no word yet from HBO on a producer or target premiere date for the series.

Oliver gained notice in the U.K. a decade ago with a series of performances at the  Edinburgh Festival and other comedy fests. He and longtime collaborator Andy Zaltzman co-write the weekly satirical podcast “The Bugle.”