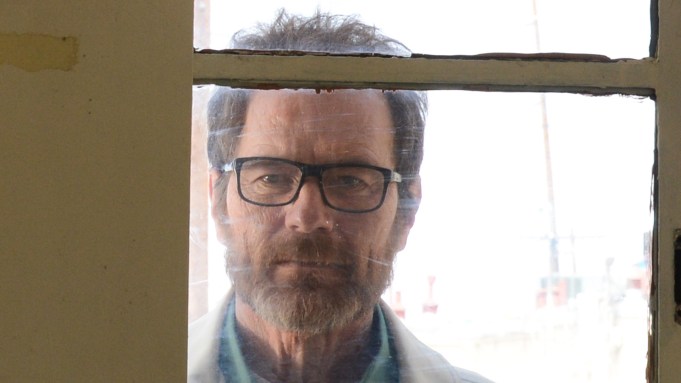 AMC’s “Breaking Bad,” one week after picking up the top Emmy drama prize, capped its meteoric ratings rise Sunday by surging to series highs in its finale — despite facing formidable season premieres on ABC, CBS, Fox and Showtime.

There was no stopping fans from watching the show live Sunday (or at least same-night, thanks to DVRs), as the conclusion to Walter White’s odyssey  was watched by an average audience of 10.3 million, according to Nielsen, up 3.7 million (or 56%) from its penultimate episode of the previous week (6.6 million).

Best Finale Ratings of All-Time: Where Does ‘Breaking Bad’ Stand?

In adults 18-49, “Breaking Bad” did a huge 5.4 rating (or roughly 6.7 million viewers), putting it ahead of all broadcast premiere-week programs with the exception of CBS’ “The Big Bang Theory.”

Though it couldn’t quite reach the levels of AMC’s megahit “The Walking Dead,” which wrapped its most recent season with 12.4 million (and a 6.4 in the demo), the series finale of “Breaking Bad” delivered nearly three times the audience of the most-watched “Mad Men” episode to date (3.5 million for its fifth-season premiere), and more than times that AMC show’s largest 18-49 rating.

Sunday’s audience was certainly larger those delivered earlier this year by the broadcast finales of long-running shows “The Office” (5.7 million), “Private Practice” (5.3 million) and “30 Rock” (4.8 million).

Most successful veteran series peak in their third or fourth season, but “Breaking Bad” is a clear exception.

It was barely hanging on in its first season in 2008, averaging just 1.2 million viewers, according to live-plus same day Nielsen estimates. It didn’t move the needle much until 2011, when it averaged 1.9 million. It then spiked to 2.6 million for its abbreviated eight-episode run in 2012 — spurred by off-season streaming of the show on Netflix — before exploding this year with an average audience of 5.4 million per episode heading into last night.