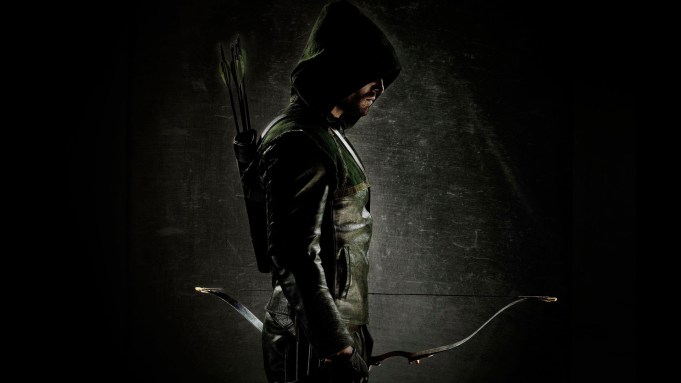 CW’s surprise hit “Arrow” can cross another Comic-Con off the list after elating fans with a sneak peek of its second season, and a welcome, crowd-pleasing surprise appearance from The Archer himself, John Barrowman.

The most notable details of the video showed that fanboy favorite Summer Glau (“Serenity”) has joined the cast; Oliver’s bow and other tech gear are new and improved thanks to Felicity; Queen industries is in turmoil due to its involvement in Starling City’s devastation; and a new masked female superhero enters the fold.

Producer Andrew Kreisberg was more than happy to share with fans what they can expect in the upcoming season.

“It’s about Oliver becoming the hero,” Kreisberg said of the lead’s upcoming evolution from Arrow to becoming Green Arrow.

Kreisberg also revealed that Oliver will have “a couple more heroes helping him out this season.”

The season premiere will take place five months after the devastating events of season one’s finale, which included Starling City being virtually destroyed and the death of Oliver’s closest friend, Tommy Merlyn (played by Colin Donnell).

“It’s not about crossing names off the list anymore,” said Amell, also citing Tommy’s death as the primary motivation for his character’s change in season two.

In comics news, Kreisberg told fans that the Ramsey’s character Diggle will begin appearing in the comics, and actor Ramsey confirmed that his character will continue to be Oliver’s moral compass on his journey.

When surprise guest John Barrowman sent the room into a frenzy with his appearance, he said that he “would be happy to come back into this family” — even though it would provide added difficulty for the writers since they killed his character off last season’s finale.

But the crowd really got excited at the announcement of the addition of The Black Canary to the cast, who it was previously reported would be played by Caity Lotz.

It was also announced that Glau will be playing a villain named Isobel Rochev.

The first season of “Arrow” will be available on DVD and Blu-ray on September 17, and the second season will premiere October 9 on the CW.