The New Reality of TV 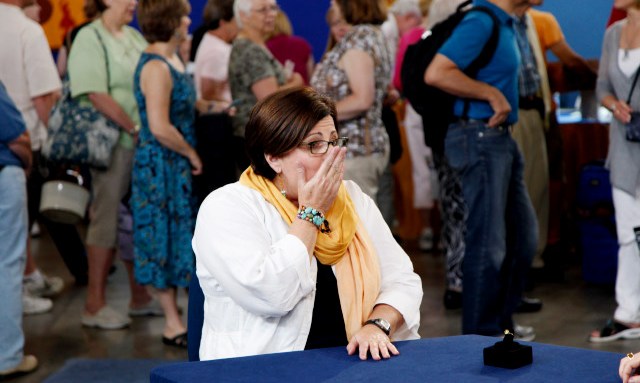 For unscripted TV producers, manipulation — and even downright staging of events — is the new normal.

With the necessity to balance production budgets paired with an audience (and network) demand for louder, more entertaining content, the landscape of the unscripted space has changed over the last several years. The development of characters is key in the new reality, where boisterous personalities — be they Snooki, Honey Boo Boo or any of the bearded men from Duck Dynasty  — can be plugged into structured scenarios and nail bold, funny moments — which, in the end, translates to good TV.

And although the manipulation of reality has prompted lawsuits and lots of tabloid press, viewers don’t seem to mind.

Duck Dynasty — cited by many in the TV biz as one of the most heavily produced shows of the reality bunch — broke ratings records for A&E, pulling almost 10 million viewers during its season three finale. The April finale telecast also beat Fox’s American Idol in adults 18-49.

Storage Wars also draws solid viewership for A&E, even when facing a lawsuit from a former cast member surrounding “salting” the storage units on the show and faking footage. Sometimes, publicity about the veracity of a show can even help drive auds to the program — TLC’s Breaking Amish saw a climb in ratings after news broke that the cast members may not be as Amish as viewers initially thought.

“Bear in mind that all reality TV has a level of manipulation,” says John Langley, who created uber-unscripted series Cops. “The minute you edit anything, there’s manipulation.”

Some shows, including Discovery’s Amish Mafia, have moved toward content that critics claim to be scripted. Mafia includes a pre-program disclaimer, stating that the show employs “re-enactments” of certain events, leading some to wonder if the cast members should be simply dubbed “actors.”

“Are people going to remain interested in this genre of TV when they realize none of this is real?,” asks Tom Forman, topper of reality shingle RelativityReal (Catfish, The Great Food Truck Race). “I worry about that.”

The competition for audience-grabbing fare can be so stiff that some producers note that when they turn in a reel for a show, they understand that they are competing for project orders against what is essentially scripted content, Forman says.

Rasha Drachkovitch, who heads 44 Blue Prods. and produces such shows as MSNBC’s Lockup franchise and Animal Planet hit Pit Bulls & Parolees, says, “The notes from networks tend to be, ‘We need things to happen sooner, faster and bigger.’ ”

One of the easiest ways to meet this network need and keep budgets low is to create structured environments for reality cast members to interact in — that means staging, suggesting scenarios and even crafting dialogue for interviews.

The most obvious benefit of staging situations in reality TV, per Forman, is “that you can ratchet up the level of comedy or drama and emotion” during a short lensing period. Reality TV is a low-margin business, so quick turnaround and a continuous flow of content is necessary for a lucrative run.

For Duck Dynasty, this means placing the charismatic family of bearded men in humorous scenarios, like lawn-mower races between rivals in the Bayou community. On Here Comes Honey Boo Boo, that may mean sending the family to a redneck fair. (Gurney Prods., the shingle behind Duck Dynasty, declined to comment for this report.)

“It’s extremely difficult to do a show where you have to keep waiting around and shooting, and shooting, and waiting for gold,” Langley says. “On Cops, we are lucky because we have that dramatic context of police officers taking calls. But on these other shows, budgets go berserk if you don’t know what you’re shooting and when something is going to happen. The alternate is managing it.”

The move toward highly produced reality has evolved from the genre’s early days when audiences first made Cops, Taxicab Confessions and The Real World into hits. Langley notes that back then, “the creative mandate was to keep it as real as possible, because that was different compared to scripted TV.”

Show like The Osbournes and Keeping Up With the Kardashians — which meld character-driven family drama and sitcom situations with unscripted genre — further evolved nonfiction series, setting up viewers for the highly editorialized look of such programs as Laguna Beach and The Hills, which called for setting up, lighting and arranging scenes.

Forman notes that there’s an increasing number of nets saying “find us people who are big, outrageous and funny and we’ll figure out what the show is later.”
Forman, whose latenight Showtime skein Gigolos fits the bill of outlandish but entertaining characters, says, “That’s not something you would have heard two years ago.”

By seeking cast over story, however, producers have found themselves in sticky situations. A big problem is that often cast members — with knowledge of what type of behavior gets more screen time — often have to be “trained out of behaving and performing in front of the camera, instead of just being,” according to Eden Gaha, prez of Shine America.

“It’s always more interesting to see what they do on their own than trying to affect an outcome,”  Gaha says. “If you put people in an authentic situation, and raise the stakes, the stuff that happens you couldn’t write. It’s better than the scripts.”

Even though several heavily produced reality programs rate through the roof, concerns about the overall impact on the genre are whispered among producers. Do the nets owe auds such transparency when it comes to unscripted content? Drachkovitch says networks are pretty responsible because liability is so big these days. They’ve done enough focus groups to show that people don’t care that content looks manipulated, he adds.

“I think that will ultimately come back to bite us in the ass because the truth is, highly produced reality content isn’t as compelling as great unscripted content,” Forman says. “I’d like to see people be more upfront with just how real this show is going to be.”