Past job security no guarantee for future 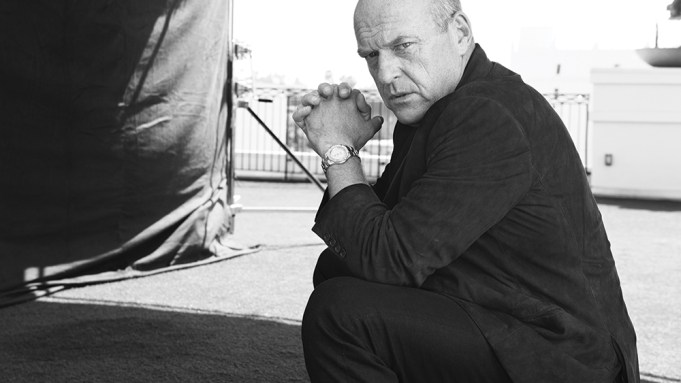 Not every TV series ensemble actor has been as lucky as Bryan Cranston.

After years of playing the dad on Malcolm in the Middle, the talented thesp landed the gig as Walter White on Breaking Bad that shot him to the top of casting must-have lists.

Actors can spend years as important cogs in a successful ensemble series, and then find themselves jobless after season upon season of security. For every Cranston, there are hundreds of actors who slip into obscurity or unemployment once their long-running series are over.

Cranston’s Breaking Bad co-star Aaron Paul has already begun his segue. Transitioning into film work, Paul is in such projects as DreamWorks’ Need for Speed.

“It’s all about doing something that terrifies me a little bit and is completely different from myself,” Paul says. “I’m having so much fun doing this action film, but I think after this I’ll stick to passion projects in between bigger films if it works out that way.”

Paul says he always wanted to be a character actor, and being a leading man in film wasn’t something he thought would happen. But Breaking Bad opened up more possibilities for him. That’s what happened to Friday Night Lights breakout star Taylor Kitsch, although his previous three action films — including his starring turns in John Carter and Battleship — proved less than successful.

Few recent ensemble players have been able to transition into bigger roles, although most have had opportunities to go on to other TV series. But that doesn’t guarantee success. Mary Lynn Rajskub, who created the memorable Chloe on 24, has steadily worked since the series ended but hasn’t landed a spot on a hit series.

“What happened to most of these actors is that lighting struck for them in a show where the ensemble worked and the show kept going, and now their odds are as good or bad as anyone else’s,” says Philadelphia Daily News TV critic Ellen Gray. “It’s not that you’ll never work again, it’s just that the TV series failure rate is so high. Matthew Perry (Go On) keeps working, but his shows don’t.”

Some actors have benefited from their producers moving on to other projects and bringing them along. J.J. Abrams/Bryan Burk shingle Bad Robot Prods. has multiple shows picked up for pilot and on the air — many populated with actors from its long-running ensemble Lost: Jorge Garcia starred in the short-lived Alcatraz and has a recurring role in Once Upon a Time, from former Lost scribes Edward Kitsis and Adam Horowitz. Michael Emerson now stars in Person of Interest, Elizabeth Mitchell on Revolution.

While it isn’t always easy to get another gig after being part of a successful series, it can give you a leg up on the competition.

“I don’t know if any of us will be on another sitcom that will run this long and be this popular and this critically acclaimed,” says Oscar Nunez of The Office. “But if you can make a living in this business, you have to consider yourself very lucky.”

Nunez says the glow of coming off of a show like The Office has limited shelf life.

“This particular door probably stays open for one, possibly two seasons,” says the pragmatic Nunez, whose NBC pilot was not picked up for the fall (putting him in a club that includes series comrades Ellie Kemper and Craig Robinson). “You have to capitalize on it and work to get work.”

Co-star Jenna Fischer opted not to go right back into a TV role, instead making her Off Broadway debut in Neil LaBute’s latest play, Reasons to Be Happy.

“The show shifted comedy in a new direction, and I was part of that,” Fischer says. “So how do you find the next TV thing, and how can anything else not be a disappointment? I wanted to do something completely different, so I decided to do the play.”

For Kemper, The Office was her first major break, followed by film roles in 21 Jump Street and Bridesmaids. Although her pilot was not picked up for the fall, she recently landed a movie role in Laggies, starring Keira Knightley.

“The norm for an actor is not knowing what you’ll do next,” Kemper says. “So while a successful ensemble show is wonderful to be a part of, predictability and stability are not part of being an actor. You just feel lucky if you can be part of one successful show.”

Lightning did strike twice for Jane Krakowski, first with a five-year run on Fox’s Ally McBeal, then her seven-year gig on NBC’s 30 Rock, which like The Office bade farewell this year.

“It’s always exciting to think about what you’ll do next after being on a good series, but also daunting,” Krakowski says. “You get used to the familiarity of routine. There were many years between Ally and 30 Rock, and it might take that long to find something again. I’m picky.”