No curtain on these calls 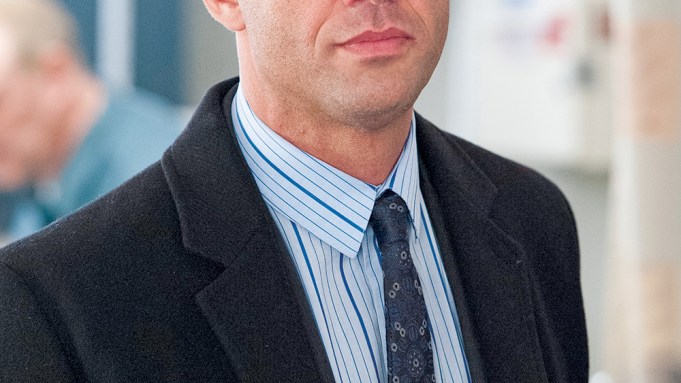 Matt Weiner says he has no idea how credits work, but he knows Robert Morse, who plays the founding member of the advertising firm, is an integral part of “Mad Men.”

When it came to a crucial moment involving the future of Don Draper this past season, the creator and exec producer knew Morse — nominated for a guest actor Emmy as Bert Cooper, however oddly, for the fourth time — could give the scene some lightness while also slamming down the appropriate authority.

“Robert can walk through a scene and take it over,” Weiner says. “He has one of those original voices, a true quirkiness that I love. When he came in to audition, he said, ‘So much yarn, so little time.’ He knows this man.”

For most of the current crop of guest Emmy nominees, the roles are more than just a curtain call for older actors. Nominees such as Morse, Jane Fonda, Diana Rigg, Elaine Stritch and Bob Newhart do more than just deliver a line — they become part of the narrative.

Emmy, Oscar and Golden Globe winner Fonda’s saucy “The Newsroom” character Leona Lansing is the owner/CEO of a major corporation in which the news organization is just a small part. When news anchor Will McAvoy opted to start rocking the news boat, Leona came in to step on his neck a bit.

“If that tension didn’t exist, you’d just have a newsroom doing the news,” Fonda says. “My character brings an added tension into the storyline. And it’s interesting to have a woman in that position when, in life, there are no women in that position of power. There’s so much more to come this season.”

Fonda’s character wields an overt power in “The Newsroom,” while it is Rigg’s delicate political maneuvering that brings her Lady Olenna considerable power in “Game of Thrones.”

“Diana Rigg’s world-weary matriarch was just delicious in the way she cut the young whippersnappers in her midst down to size,” TV Guide magazine senior TV critic Matt Roush says. “And knowing that we were watching the former Emma Peel made it even more memorable.”

On “30 Rock,” Stritch brought a whole new dimension to Alec Baldwin’s suave, controlling Jack Donaghy. Her demanding, caustic mom character provided the backstory that filled in the questions about how he became the man he is today. Stritch feels her character provided an important piece to the show’s narrative — and was happy to perform that task as a guest star rather than a regular.

“I’m 88. It’s much more fun to do a recurring role,” Stritch says. “I don’t want to go in every week. There’s plenty of people for me to see, places to go and I’d like to catch up with a few before I leave the building.”

Even a one-off now serves a role in illuminating the central characters. TV comedy legend Newhart has been nominated for his turn in “The Big Bang Theory” as washed-up former kids’ science show host Professor Proton, a childhood hero of show leads Sheldon and Leonard.

“Watching this master of brilliant timing go up against some of today’s most accomplished comedy stars was something to behold,” says Roush. “It’s unimaginable that he doesn’t have an Emmy of his own yet.”